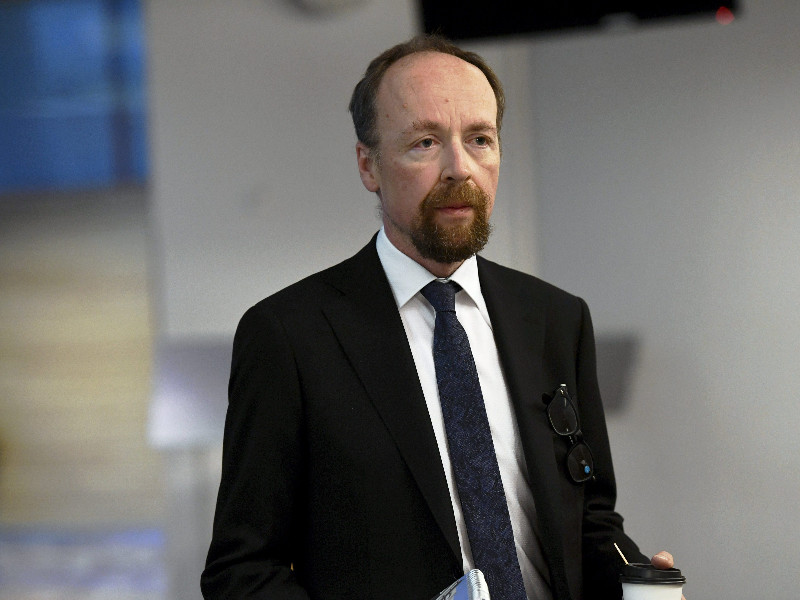 Jussi Halla-aho, the chairperson of the Finns Party, views that the assault was an attack against political activity. (Emmi Korhonen – Lehtikuva)

CENTRAL FINLAND Police Department has kept firmly under wraps the details of the brutal assault of a regional campaign manager of the Finns Party.

Pekka Kataja, a campaign manager of the opposition party for the electoral district of Central Finland, was the victim of an assault that is investigated as attempted manslaughter in Jämsä, Central Finland, on Friday.

“The people suspected of the act have not been reached so far, but there has been progress in the investigation. Police have no more information to disclose at this stage. The next announcement about the case will not be made until it is possible from an operational viewpoint,” a police spokesperson said in a short press release on Friday.

Kataja initially stated that one of the assailants “looked like an Arab”, but he has since clarified his statement, according to Helsingin Sanomat: “I didn't mean to say that foreigners attacked me.”

“The information at our disposal indicates that two men appeared at the front door of Kataja, mentioned him by name and said they were delivering some kind of a shipment from the Finns Party. When Kataja opened the door, the men attacked him,” they stated in a joint press release.

“All signs point to this not being a random offence, but an attack and attempted homicide targeting Kataja and his involvement in party politics,” concluded Halla-aho and Grönroos.

Their press release also indicates that the victim suffered a skull fracture, cerebral haemorrhage, several broken ribs and a broken finger, in addition to less serious bruises and injuries, in the attack.

Annukka Liukkonen, the officer in charge of the pre-trial investigation, stated to Keskisuomalainen on Sunday that the incident was “rather fierce and dramatic” and that the statements of the victim have consequently been “unclear”.

“Witnesses who saw the perpetrators have provided information that points to something else than the victim himself has communicated,”  she said.

Kataja is also the parliamentary aide of Jouni Kotiaho (PS), a first-term Member of the Finnish Parliament from Jämsänkoski, Central Finland.