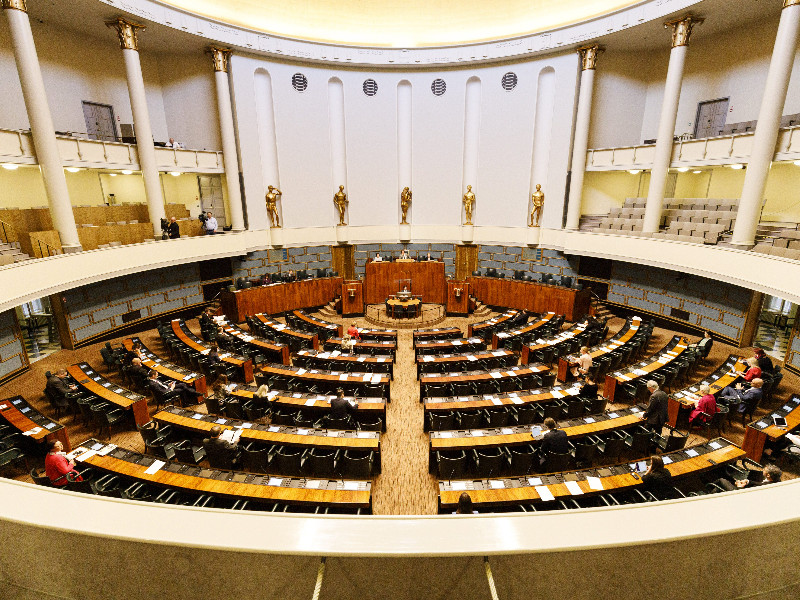 “Finns do not trust that democracy can be realised through political parties,” tells Antti Kivelä, the head of capacity for renewal at the Finnish Innovation Fund (Sitra). (Roni Rekomaa – Lehtikuva)

AUTHORITIES, businesses and members of the media are all deemed more trustworthy than political parties in Finland, finds a survey commissioned by the Finnish Independence Fund (Sitra).

Antti Kivelä, the head of capacity for renewal at Sitra, on Wednesday described the survey results as devastating. “Finns do not trust that democracy can be realised through political parties,” he summarised.

Lack of trust in political parties, he explained, will gnaw away at people’s readiness to participate in political activity and lead to a situation where those at the helm of power represent a fairly small segment of the population. The foundation of democracy will begin to crumble, creating a vicious self-perpetuating cycle.

“Parties have become part of the administration, and they are no longer on the side of the people or democracy,” analysed Kivelä.

A half of respondents, by contrast, had at least some confidence in businesses.

Kivelä estimated that it is obvious that disillusionment about politics and the political system is springing up in Finland and the Nordics. The concern, he added, is how that mounting pressure will be released.

“People do not feel that their voices are being heard. The problem must be addressed positively and systematically, so that everyone can feel included,” he underlined.

One reason for the lack of confidence is the rigid decision-making processes of established parties, according to Kivelä. The processes, he highlighted, can consist of as many as 10 tiers, making them feel painstaking in the era of social media and instant communication.

“It is bound to feel outdated that someone gets excited about something, goes to the local chapter, then to the regional chapter, submits a proposal and waits a few years to see what becomes of it,” he said.

Another key takeaway from the survey is the unwavering popularity of President Sauli Niinistö. The presidency was deemed by far the most trustworthy institution by the respondents, with 40 per cent of them stating that they have a great deal of confidence in it. Experts were deemed the second most trustworthy institution, getting the vote of confidence from 23 per cent of respondents.

Kivelä gauged that the effects of the coronavirus pandemic are evident in the results as a yearning for strong leadership. The survey found that both the prime minister and the government as a whole currently enjoy an unusually high degree of confidence from the Finnish public.

The respondents were also asked to make predictions about the long-term social ramifications of the coronavirus crisis.

Almost a half (42%) of respondents estimated that the monitoring and supervision of citizens will continue to increase also after the pandemic has subsided. Fewer than one-third (29%) of them viewed that the crisis will encourage people to make donations or help to those affected by the pandemic in other ways, while fewer than a fifth (18%) viewed that it will encourage people to participate in political activity.

The latter percentage was significantly higher among 15–24-year-old respondents, at 28 per cent.

“At least the result tell that many Finns view that the coronavirus crisis will have long-reaching social effects and, on the other hand, also that people hope that decisions affecting their future are made based on research data,” said Kivelä.