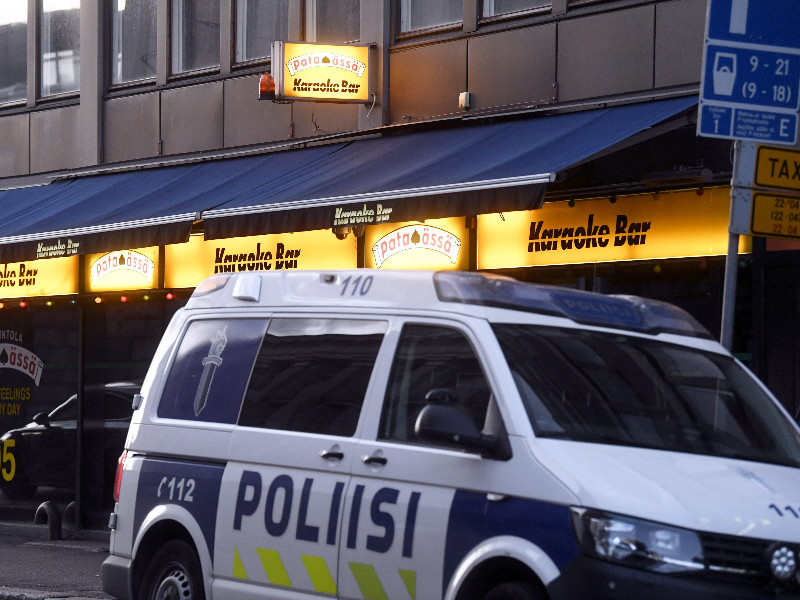 A FIREARM was discharged inside karaoke bar Pataässä on Snellmanninkatu in Helsinki before 10pm on Wednesday.

Both YLE and Helsingin Sanomat have reported that one person has been taken to a hospital with a gunshot wound. An unspecified number of people were taken into custody at the scene of the incident, but in the early hours of today the search for a couple of people was still ongoing.

The incident posed no danger to outsiders, tweeted a spokesperson at Helsinki Police Department.

Helsingin Sanomat wrote that an eyewitness who witnessed the shooting up close said the victim was shot in the thigh and collapsed to their knees in pain. It appears that the shooting was not preceded by any altercation, the eyewitness added.

The firearm used by the perpetrator is in the possession of police, according to YLE.

Helsinki Police Department announced earlier it is looking for a group of four to five people who were sighted leaving the restaurant and were all reportedly wearing black clothing and suspenders. Police have asked the public to report any tips and sightings possibly related to the incident by calling the emergency number.