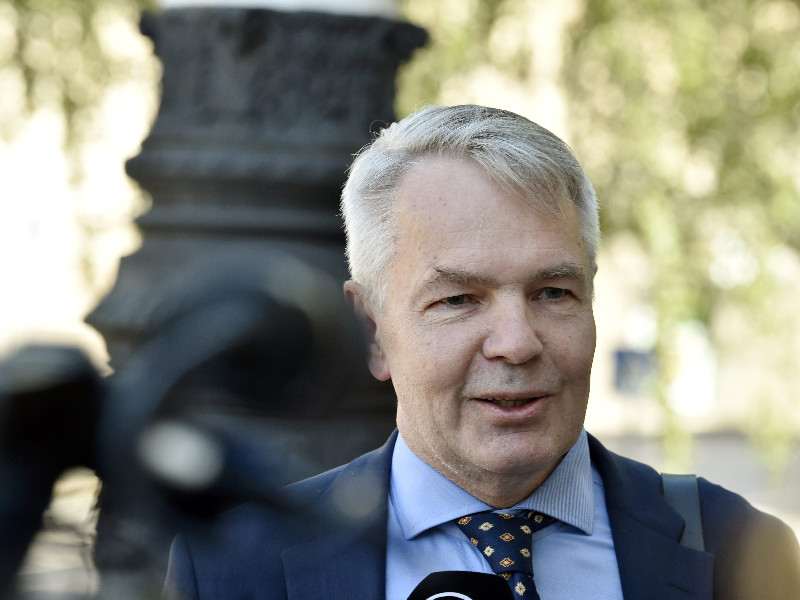 Minister for Foreign Affairs Pekka Haavisto (Greens) talked to the press outside the House of the Estates in Helsinki on Wednesday, 8 July 2020. (Jussi Nukari – Lehtikuva)

THE NATIONAL BUREAU of Investigation (KRP) suspects Minister for Foreign Affairs Pekka Haavisto (Greens) of abuse of public office and violation of the co-operation obligation, sources familiar with the matter have revealed to Helsingin Sanomat.

The offences are believed to have taken place last autumn, when the minister re-assigned Pasi Tuominen, the head of consular services at the Ministry for Foreign Affairs.

The re-assignment was the result of a disagreement over how the government and ministry officials should help Finnish nationals held at al-Hawl, a detention camp for the women and children of the so-called Islamic State in Syria. Haavisto has apologised to Tuominen and offered him the opportunity to continue in his position at the Ministry for Foreign Affairs.

Haavisto declined to comment on the matter at a government press conference held in Helsinki on Wednesday.

Chairperson of the Green League and Minister of the Interior Maria Ohisalo was similarly tight-lipped about the matter: “I can’t comment on the issue as long as it’s in the hands of the Constitutional Law Committee.”

KRP refrained from commenting in its release on whether it believes any offences have taken place.

The Office of the Prosecutor General on Wednesday announced the findings of the pre-trial investigation have been submitted to the Constitutional Law Committee.

Helsingin Sanomat revealed yesterday it has obtained information indicating that the investigators concluded that there is reason to suspect the minister of abuse of public office, which carries a penalty of fine or up to two years in prison. The maximum penalty for violating the co-operation obligation is a fine.

Haavisto has denied committing any offences.