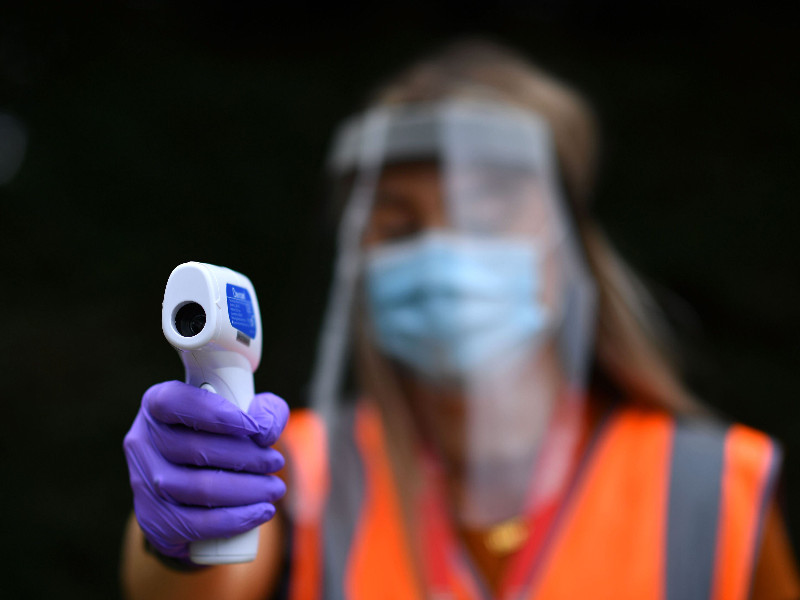 A staff member prepares to take the temperature of a guest at the entrance to Chessington World of Adventures Resort in Greater London on 4 July 2020. (Ben Stansali – AFP/Lehtikuva)

MAJOR ECONOMIC CRISES and pandemics have both overtaken global warming on a list of the biggest causes of concern for Finns, shows a survey by Finnish Business and Policy Forum (EVA).

EVA in June reported that over three-quarters (77%) of the 2,060 respondents regard large-scale economic crises and almost three-quarters (72%) pandemics and infectious diseases as major threats to themselves, their loved ones or Finland.

The respondents were asked to rate their degree of concern about 15 different threats from the viewpoint of themselves, their loved ones and Finland.

Their responses signal a notable change in the perceived severity of threats, summarised EVA.

“When citizens were asked how big a threat they believe the coronavirus epidemic is, on the one hand, for their health and, on the other, for the economy and their livelihood, the economy took precedence over health also in that section,” highlighted Sami Metelinen, the managing editor at EVA.

“Finns perceive the economic situation in the coming years as fairly bleak, but they are ready to take action to promote the economic recovery.”

Global warming has dropped from first to fourth on the ranking of perceived threats since 2018, with the share of respondents expressing their concern about it decreasing by 10 points to 66 per cent. Uncontrolled migration to Europe was also deemed a threat by a marginally larger share of respondents, 67 per cent.

The most dramatic change in the results was attitudes toward pandemics: the share of respondents who deemed them a threat doubled from 36 per cent in 2018 to 72 per cent in 2020.

Whereas economic crises and infectious diseases were considered threats by respondents in all age groups, the issues of global warming and migrant waves proved more divisive. Supporters of the Finns Party were particularly wary of immigration, but such views have become more common also among supporters of the Centre, Green League and Left Alliance.

Global warming, in turn, was deemed a threat by 78 per cent of women but only 54 per cent of men, with the latter percentage signalling a drop of 15 points from 2018.