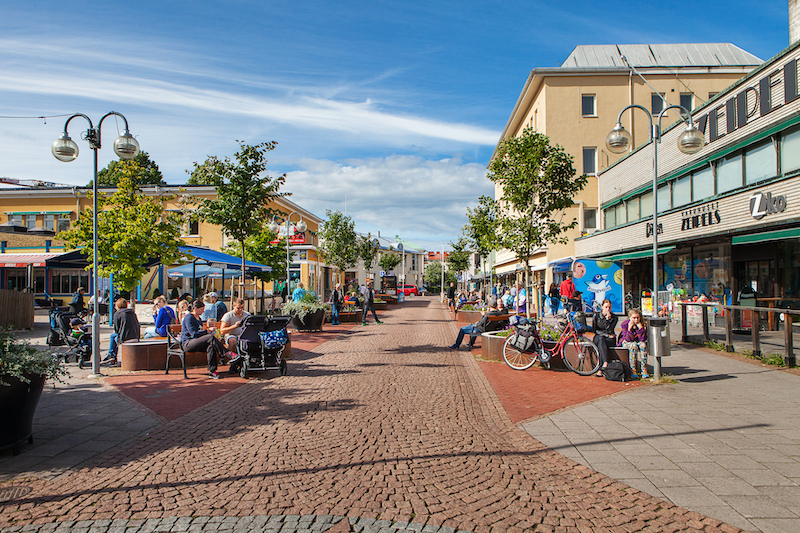 A WIDE-RANGING SURVEY OF HELSINKI TIMES READERS, conducted in collaboration with Magma, a Helsinki-based think tank, has shed light on how Finland’s ex-pats perceive the Swedish speaking community. The survey also asked foreign-born respondents about their own thoughts on Finnish society and their place within it.

There are an estimated 270,000 people in mainland Finland who speak Swedish as their mother tongue. The origins of the Swedish speaking community of Finland are often disputed, but most historians accept that the first such community was established following Sweden's colonization of Uusimaa and Ostrobothnia in the 12th and 13th centuries. While Swedish speakers enjoy a broad range of social, legal, and employment protections in Finland, there is also evidence of significant discrimination of Swedish Finns throughout society.

A total of 542 people from 83 countries responded to the open survey, which ran throughout April and May. Respondents living in Finland hailed from a diverse range of home countries, including Germany, China, Russia, and India. The largest cohort of respondents were from the United States and the United Kingdom, at 13% and 12% respectively.

Survey participants were asked about their own Swedish speaking skills, their knowledge of Finland’s Swedish-speaking community, and their own viewpoints on the role of Swedish language and culture in Finnish society. A full 79% of respondents described themselves as having little or no Swedish language skills, down from 89% in 2009, when the last survey was conducted.

However, 82% of respondents believe that Swedish is easier to learn than Finnish, with several people expressing a desire to learn it instead of Finnish in order to more easily integrate into society and acquire citizenship.

“After years of trying to learn Finnish, I still haven't been able to achieve the level of fluency I would like to have. My next step will be to enroll in Swedish classes” remarked one respondent. While another commented that they ”really wished [they] had known when moving to Finland that learning Swedish was an option for obtaining citizenship”.

A total of 69% of participants stated that they were aware that Swedish was permitted as a first integration language. A desire to learn Swedish generally correlates with age, with younger respondents being more likely to express such sentiments.

When asked about their knowledge of Swedish Finns and how they view their place in Finnish society, the results were almost overwhelmingly positive. 61% of people agreed that Swedish was an ”essential part” of Finnish society, while 68% said they would like to have more contact with Swedish speakers in Finland. Interestingly, only 42% of Finnish speakers expressed the same sentiment.

While the view of foreign-born people in Finland towards Swedish speakers is generally positive, there is a widespread view that Swedish speakers are not treated fairly by Finnish authorities. Several respondents remarked that Finland does not do enough to promote Swedish language learning, with some claiming that they have been deterred from learning Swedish after seeing how Finnish people treat Swedish speakers.

”My neighbor friend in her 80s is Swedish speaking, has very little knowledge of Finnish. She is treated worse than me at the health center if she speaks Swedish. She gets more help when speaking English. So Finland being official in two languages means nothing when it comes to any service” remarked one respondent.

Others, meanwhile, described the treatment of Swedish speakers by Finnish authorities as “harsh” and “undeserved”. A recent survey by YLE revealed that 64% of Swedish Finns said that government attitudes towards them had grown harsher in recent years, while just over half believed that the media had begun using increasingly negative tones in their coverage of Swedish speakers.

Our survey respondents were also asked about their own backgrounds and reasons for being in Finland. Almost half of the respondents were European, and nearly three-quarters of respondents possessed a bachelor’s degree or higher. 37% of respondents moved to Finland for ‘family reasons’, while others cited reasons such as quality of life, closeness to nature, and ‘Nordic progressiveness”. 61% of participants described themselves as having little or no knowledge of Finnish.