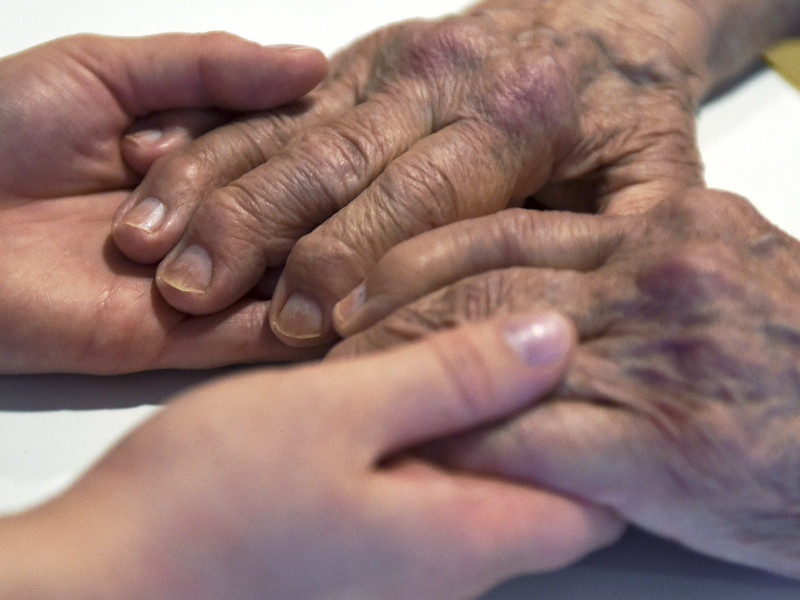 A nurse holding the hands of an elderly person in Helsinki on 9 August 2016. (Jussi Nukari – Lehtikuva)

A STUDY by Tampere University and the University of Helsinki has discovered a number of problems related to the social position of old-age pensioners in Finland.

The 36 interviews conducted in the study point to a phenomenon known as social death, the condition of not being accepted as fully human by the general public. The phenomenon is evident in, for example, the impersonal treatment of elderly people who are believed to be out of reach due to memory disorders.

“They are then, by definition, socially dead to others. The same phenomenon can apply to entire groups of people once they have been left out of social interaction,” said Jari Pirhonen, a research professor at the University of Helsinki.

The responses allow for the conclusion that the risk of social death is high for the elderly both at the level of individuals and population groups, according to the research team. The respondents, for example, expressed their concern that as their ability to function decreases they will lose their agency and be reduced to mere subjects of nursing.

“Some thought that they are becoming irrelevant in the eyes of others. Some doubted whether life in a nursing home qualifies as life. Many took initiative to bring up the notion of allowing euthanasia as a preferred alternative to institutional life,” elaborated Pirhonen.

Even though the interviewees estimated that their own social death would not take place until later, they saw the elderly as a group already as socially dead. They also felt that young people dictate the rules of the society, while the elderly are excluded from decision-making.

“There were views that the needs of the elderly are known, but there is an unwillingness to spend public funds on them. There were also suspicions that young generations perceive the elderly simply as a burden on the society,” he said.

The interviews were conducted in Pirkanmaa in 2018–2019. The majority of them took place after the emergence of media reports on serious cases of negligence in elderly care facilities led to the closures of several nursing homes in Finland.

Pirhonen believes the elderly may currently feel more excluded due to recent developments. “If the interviews were conducted today, the picture would be even more miserable,” he predicted.