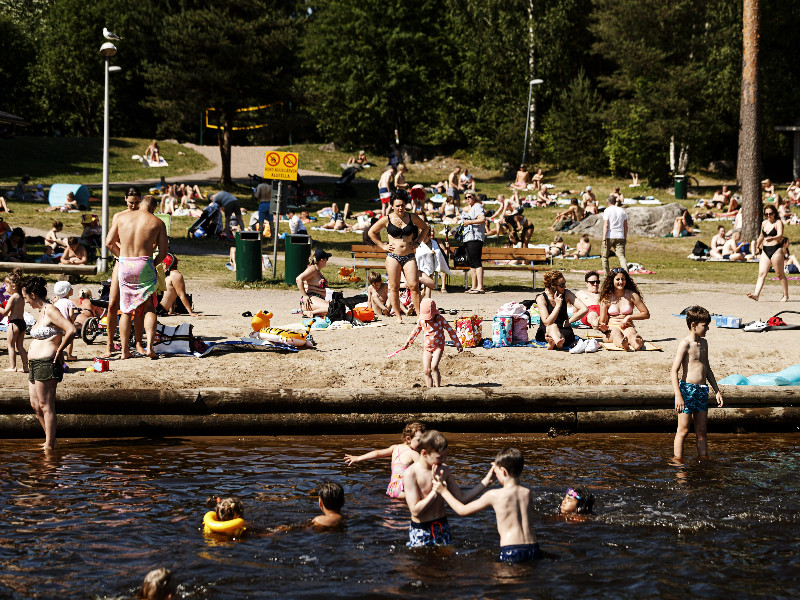 People took in the warm summer weather on a beach at Lake Kuusijärvi in Vantaa on Friday, 26 June 2020. (Roni Rekomaa – Lehtikuva)

OFFICERS at Eastern Uusimaa Police Department have made progress in their pre-trial investigation and interrogations linked to a life-threatening incident that took place on a beach at Lake Kuusijärvi in Vantaa on Monday, 22 June.

A police spokesperson revealed yesterday that all of the young people suspected of involvement in the incident are under 18 years of age.

A group of youngsters are believed to have pushed an under 15-year-old person underwater at the popular beach at 8–9pm on 22 June. The victim managed to flee under the jetty, but the group continued to torment them by jumping on the jetty in an apparent attempt to prevent them from getting out from under it.

The jumping did not end until a bystander yelled at the group, demanding that they stop.

“The young person under the jetty had absolutely no strength left at this point,” Nils Majewski, the chief inspector leading the investigation at Eastern Uusimaa Police Department, said on Thursday.

The incident is being investigated as attempted manslaughter.

Eastern Uusimaa Police Department on Monday also reported that the incident is not related to an assault that took place at the same beach later on 22 June. Contrary to reports circulating in the public, it added, the assault did not took place during a clash between two groups of people.