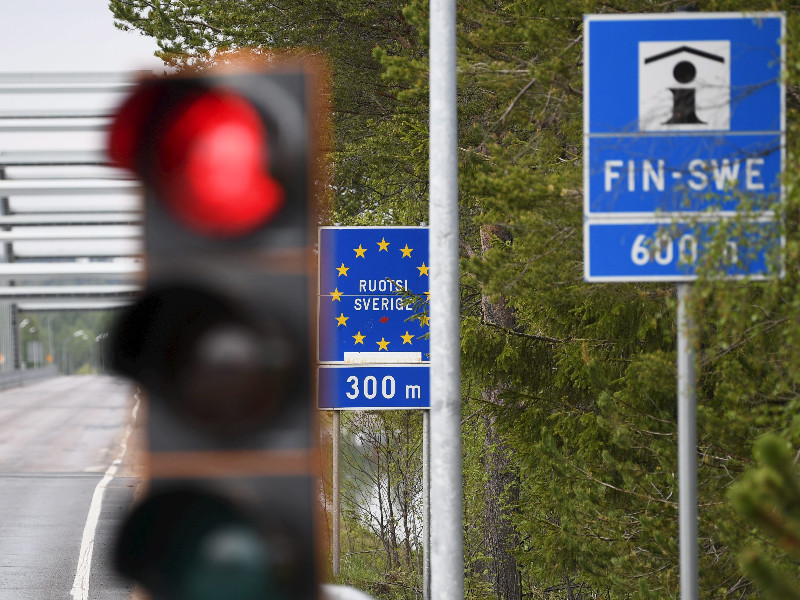 The border-crossing point of Ylitornio in Finnish Lapland on 4 June 2020. (Vesa Moilanen – Lehtikuva)

MEDICAL EXPERTS have expressed their concern about the coronavirus situation in Finland, especially in south-west Lapland.

“The coronavirus epidemic is not over – everyone must understand that,” underscored Aki Lindén (SDP), a former chief executive of the Hospital District of Helsinki and Uusimaa (HUS). “The global situation is worse than before. The same goes for Sweden. The risk of a new rise is real also in Finland.”

Physicians from Länsi-Pohja Hospital District on Friday reminded in a press release that the virus continues to pose a serious threat to the north-western region, saying the situation has become more serious after a relatively stable one-month period.

Even though no more than a couple of new cases were detected in the hospital district over the past two weeks, the carriers are believed to have exposed as many as 50 to the virus through close contact. Officials looking into the chain of transmission have linked most of the cases to a shopping trip over the border to Sweden.

“We disagree with experts from the Finnish Institute for Health and Welfare (THL) and Lapland Hospital District, not to mention officials from some municipalities in Lapland, that restricting cross-border travel to Sweden is insignificant for combating the epidemic on the western border and Sea Lapland,” the press release reads.

“The virus is flourishing right across the border.”

Kari Askonen, the chief physician at Ylitornio Health Care Centre, told YLE that Finns have begun crossing the border in high numbers in search of snus and alcohol.

“This beer-and-snus rally is continuing pretty much unaffected, with hardly any restrictions. I hope we’re able to keep the border firmer under control regionally,” he commented to the public broadcaster on Friday.

Norrbotten, the northernmost county of Sweden, reported well over 200 new coronavirus infections between 22 and 26 June, bringing the total for the roughly 250,000-resident county to 1,177.

“There are hundreds of exposed and some of them will fall sick and can spread the disease even without developing symptoms,” the physicians warned.

THL has reported that no new coronavirus infections were detected in Finland between Saturday and Sunday, meaning the nationwide total stayed at 7,198 after rising by seven between Friday and Saturday and 19 between Thursday and Friday.

Länsi-Pohja Hospital District is one of only two Finnish hospital districts where the incidence of the coronavirus increased over the two-week monitoring period between 17 and 23 June, according to THL.

Jukka Koskela, a research professor at the Institute for Molecular Medicine Finland (FIMM), echoed the concerns of the physicians from south-west Lapland.

“Incomprehensible. Luckily my colleagues are aware and demanding that the border be closed. It remains to be seen whether they will be heard. Are we really jeopardising the lives and finances of Finns because of shopping trips [to Sweden]? If this doesn’t change soon, shopping will end soon also in Finland,” he said on Twitter.

Minister of the Interior Maria Ohisalo (Greens) on Friday reminded that the government continues not to recommend travel to Sweden. Finns returning from the neighbouring country, she added, are also required to self-quarantine for two weeks.

“Sweden’s disease situation is unfortunately different from other countries,” she told members of the media after a video conference with her counterparts from the Nordics on Friday.

Both Finland and Norway have informed Sweden that they are prepared to provide assistance in the circumstances. Hospitals in Finnish Lapland, for example, have voiced their readiness to bring in patients needing critical for reasons other than the new coronavirus to secure the capacity in Sweden, according to YLE.

South-west Lapland is not the only region where concerns have re-surfaced about the possibility of the new coronavirus rearing its head again.

Helsingin Sanomat on Sunday wrote that nine new infections were detected in a boarding house for foreign workers in Turku. The carriers are presently believed to have exposed 13 of their fellow residents to the virus, according to Mikko Pietilä, the medical director of the Hospital District of South-west Finland.

All residents of the boarding house have been tested and ordered into quarantine.

“The first infection was detected at the start of the week and more towards the end of the week,” he stated to the newspaper, adding that the carriers worked last week but the language barrier has complicated the effort to determine whether they have exposed any co-workers to the virus.

“I’m sure things will clear up later,” he said.

A total of 10 new infections were detected in the Hospital District of South-west Finland between 22 and 28 June.