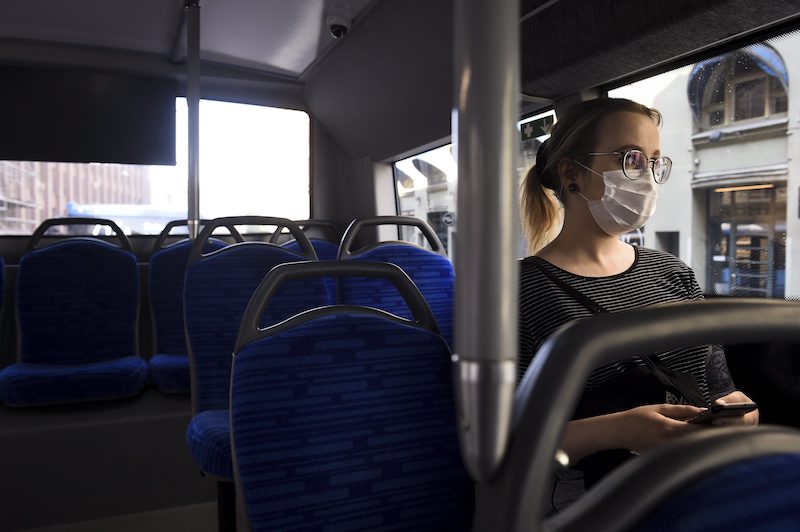 ONE OF THE MOST STRIKING REVELATIONS of COVID-19 has been the huge disparities between how different, seemingly similar countries and their respective citizens have coped with the virus. Within the European Union, member states that share borders, such as Finland and Sweden, have had vastly divergent experiences with the coronavirus.

As a recent EU-wide survey commissioned by the European Parliament in May has revealed, the EU member state that a person is residing in during the crisis will have a significant impact on how they experience COVID-19.

The EU’s poll of more than 21,000 citizens across 21 member states aimed to take stock of how Europeans across the block have been affected by the virus. It looks at a wide range of factors, asking respondents about their emotional wellbeing, financial situation, levels of trust in authority, and how COVID-19 has impacted their political beliefs.

The results reveal a patchwork of inconsistent, often wildly divergent experiences across the Bloc. The responses of Finnish residents stood out amongst those of other EU member states for a number of reasons, whilst having plenty in common with others. Read on to find out the main survey results, and what they say about Finland in the era of COVID-19.

When it comes to how the current pandemic has affected the emotional wellbeing of people in Finland, much of the responses are broadly in line with the EU average. Around half of Finns describe ‘uncertainty’ as the most overarching emotion they have felt since the beginning of the crisis, followed by ‘hope’, at 40%.

However, one outlier does exist. The survey revealed that Finland is by far the most frustrated country in the EU, with a full 38% of Finnish respondents describing frustration as one of the primary emotions they feel right now. Interestingly, however, Finland is also the least angry country in the whole of the EU, with only 5% of Finns describing anger as the main emotion, compared to 21% of people in Greece.

Some of these emotions might be related to how Finnish households have been impacted by the coronavirus, compared to other countries. People in Finland are among the least likely in the entire EU to have experienced any financial difficulties as a result of COVID-19. Only 19% of Finns reported having loss any income as a result of coronavirus, only slightly more than in Denmark (14%) and The Netherlands (18%). Finland and neighbouring Sweden are also among the countries where residents are least likely to have experienced any financial issues at all, with 54% and 53% of respondents saying as much.

Finns have also proved themselves to be a neighbourly bunch since the outbreak began. A full 38% of respondents in Finland have reported to receiving regular assistance from those around them since the crisis began. This is second only to Hungary, where 44% of people claimed to have received such assistance.

Another feature that decidedly sets Finland apart from other EU member states concerns trust in authorities. When asked if they were satisfied with the response of their national government to COVID-19, 71% of Finns answered in the affirmative, second only to Austria (74%). Finland also reported the highest levels of trust in national health authorities in the EU, alongside Denmark, Sweden, and Ireland. Finland also reported one of the strongest levels of support for the European Union’s COVID-19 response, with 57% expressing satisfaction.

However, this is not a completely even picture. Strikingly, Finnish respondents also reported having the lowest levels of trust in their own doctor in the entirety of the EU, with only 9% of Finns saying that they trust their doctor for information relating to COVID-19. In contrast to this, Finns also have the highest levels of trust in mainstream media journalists during the crisis, although this figure is still low, with only 20% of Finns saying they trust the media.

In addition, when asked whether limitations on personal freedom were justified to prevent the spread of the virus, 78% of Finns agreed that they are, putting them in third place after Ireland (81%) and Portugal (79%).

Whether these figures will change as the crisis continues to develop remains to be seen. What is clear is that, at the moment, people in Finland report higher levels of trust and optimism, as well as lower levels of economic insecurity, compared to the EU as a whole.