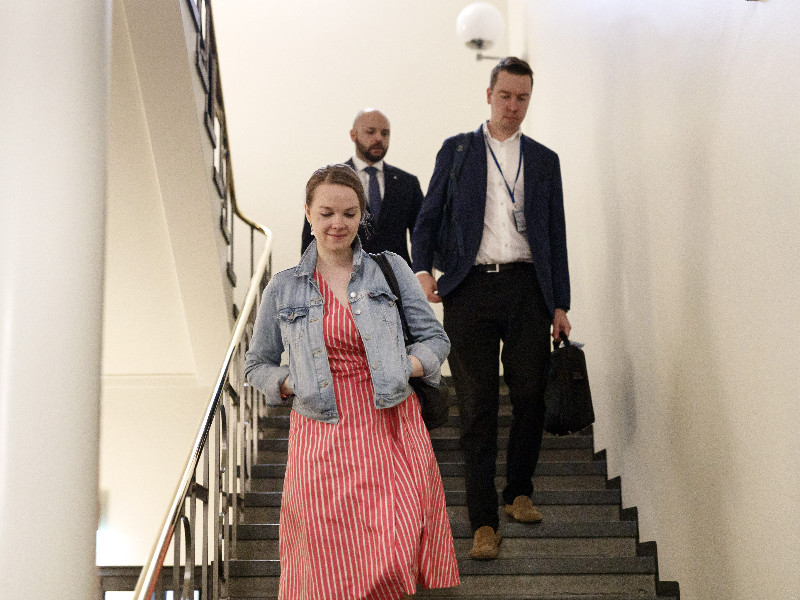 Katri Kulmuni (Centre) leaving the Parliament House moments after announcing she will step down as minister of finance in Helsinki on 5 June 2020. (Roni Rekomaa – Lehtikuva)

HELSINKI Police Department on Tuesday announced it will launch a pre-trial investigation into the procurement of media training for Katri Kulmuni, the chairperson of the Centre Party.

“The preliminary probe suggests there is reason to suspect that a crime has been committed, and the police will open a pre-trial investigation. There is currently one suspect, an official who based on the preliminary probe participated widely in procuring the training,” its press release reads.

“There is reason to suspect [the official] of fraud and violation of official duty based on the preliminary probe.”

The name of the suspect was not disclosed.

The Ministry of Employment and the Economy revealed last week that its internal audit concluded that further action should be taken due to the discrepancies detected in ordering and invoicing for the training provided by Tekir, a crisis and reputation management consultancy based in Helsinki. The procurements, it also said, were steered heavily by Kari Jääskeläinen, a now former special advisor to Kulmuni.

Jääskeläinen has issued a public apology for his actions.

Kulmuni herself has stated that she was unaware of some details of the training and had no role in drawing up the procurement agreements. She has, however, admitted to using poor judgement in using the ministry-paid training for rehearsing a speech delivered to her party comrades.

She stepped down as the minister of finance following reports that she had received around 50,000 euros worth of media training paid for by the Ministry of Employment and the Economy and the Ministry of Finance.