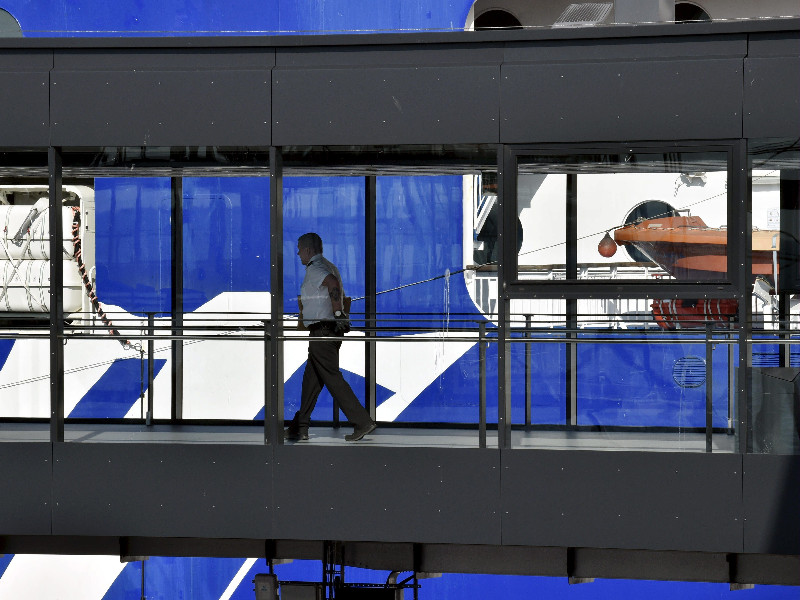 A passenger was set to embark a ferry from Helsinki to Tallinn, Estonia, on 15 June 2020. (Jussi Nukari – Lehtikuva)

THE NEWS that Finland will continue to scale down travel restrictions next month has been met with a mixed reaction from travel industry companies, according to Helsingin Sanomat.

Minister of the Interior Maria Ohisalo (Greens) and Minister for Foreign Affairs Pekka Haavisto (Greens) on Tuesday announced the government will remove internal border controls and quarantine requirements for countries that have reported no more than eight new coronavirus cases per 100,000 inhabitants in the past two weeks on 13 July.

“The government is taking a pronouncedly cautious approach,” said Ohisalo. “We’re moving forward step by step when it comes to decisions about our borders.”

The government lifted the restrictions for Denmark, Estonia, Iceland, Latvia, Lithuania and Norway on 15 June.

The Finnish Institute for Health and Welfare (THL) on Tuesday reported that no more than 37 new infections were detected over the most recent seven-day monitoring period between 14 and 20 June, signalling a drop of 64 from the previous period between 7 and 13 June. The numbers translate to an incidence of three cases per 100,000 inhabitants for the two-week period.

The Association of Finnish Travel Industry (SMAL) said the announcement left many companies in the industry disappointed, as the expectation was that the borders would be opened more broadly and rapidly.

“I’m really bewildered. The government’s risk assessments have so far been based on looking back. Now it’s suddenly looking ahead by taking this kind of two-week timeout,” she bemoaned to Helsingin Sanomat.

Timo Kousa, the managing director of Aurinkomatkat, similarly pointed out that earlier decisions to relax travel restrictions have come into effect quicker.

“They’re taking this kind of a calculative approach that’s being monitored and watched. It naturally creates uncertainty for passengers who want to comply with travel recommendations,” he commented to the newspaper.

Arja Suominen, the head of communications at Finnair, told Helsingin Sanomat that the announcement may prompt the carrier to update the service plan it unveiled last month based on its forecasts for passenger demand. Finnair, she said, will analyse the effects of the possible relaxation of restrictions will have on its operations in the days to come.

The airline is presently flying around five per cent of the flights it did last year but aims to increase the share to 30 per cent in July and 70 per cent in December.