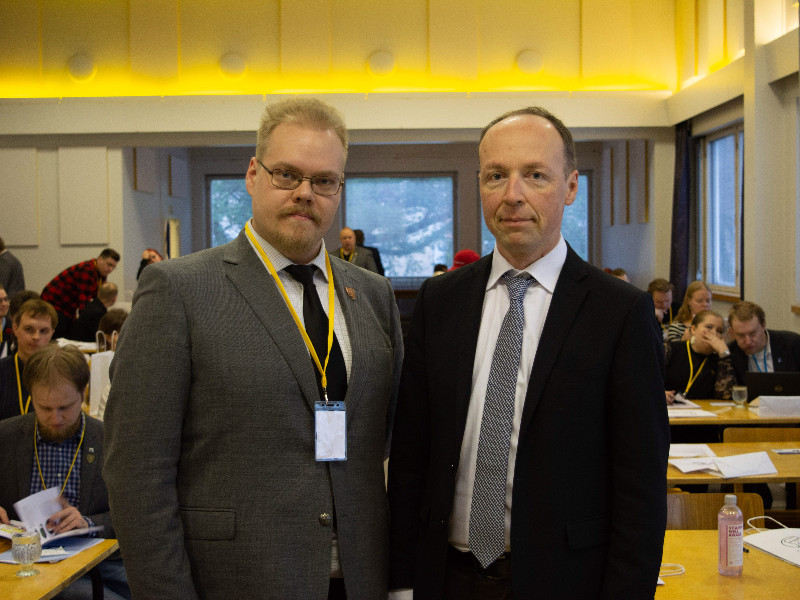 A DISTRICT PROSECUTOR has charged three people with ethnic agitation over a tweet published roughly a year ago by the Finns Party Youth, then the official youth organisation of the Finns Party, reports Helsingin Sanomat.

Published in the run-up to the elections to the European Parliament in May 2019, the tweet was an attempt to canvass votes for the Finns Party.

It was accompanied by a photo of a black couple and newborn child and read: “Vote for the Finns Party to make sure this won’t be what Finland’s future looks like.”

The Finns Party Youth admitted in the midst of the subsequent public outrage that the tweet was inconsiderate and tasteless, attributing it to “a blunder” and “a communication breakdown” within its administration.

“My tweet was thoughtless and I acted impulsively after getting the idea. I later understood that I was in the wrong, but the damage had already been done,” Toni Jalonen, a deputy chairperson of the youth organisation, lamented in a press release.

Jalonen is one of the trio who will have to answer the charge of ethnic agitation at the District Court of Pirkanmaa. He declared his sympathies for fascism in February.

The party has since established a new youth organisation, called Perussuomalainen Nuoriso.

The Finns Party Youth in May announced it has filed for bankruptcy in anticipation of its dissolution, according to YLE. The decision may have been influenced by the prospect of having to repay the 57,500 euros in state aid it received from the Ministry of Education and Culture in 2019.

“In practice we’re looking into the financial situation of the organisation. We’ll then ride the organisation into bankruptcy and handle issues related to the organisation’s finances that way,” Asseri Kinnunen, the chairperson of the Finns Party Youth, explained to the public broadcasting company.

The organisation has appealed against the decision to claw back the aid to the Helsinki Administrative Court.