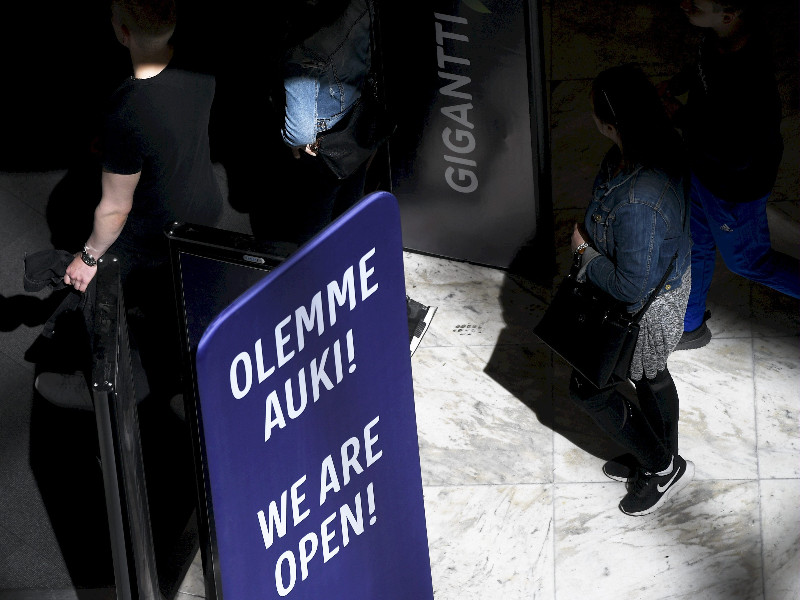 Finns have tightened their purse strings due to concerns about their job security amid the coronavirus pandemic, finds a survey by Lowell. (Vesa Moilanen – Lehtikuva)

A NEW NORDIC SURVEY about the financial situation of households reveals that the circumstances brought about by the coronavirus pandemic have been received the most positively in Denmark and most negatively in Finland.

The unusual circumstances have stirred up negative emotions also in Sweden, according to the survey commissioned by Lowell, one of the largest credit management service providers in Finland.

Swedes, in particular, felt that the coronavirus pandemic has had a negative impact on their financial situation, with 34 per cent of them estimating that the impact has been negative or very negative. The share of such respondents was almost as high (33%) in Finland but as low as 17 per cent in Denmark.

“Sweden has adopted a coronavirus strategy that is one of a kind globally speaking. This may have had an effect on the perceived economic despair,” analysed Juho Ylinen, the chief executive of Lowell.

“In Sweden, movement has not been limited as strongly, but the infection and death statistics have been much more dramatic than in Finland or Denmark.”

Danes, the survey found, appear to be the least stressed by the circumstances, with only 39 per cent of them admitting to worrying about their personal finances due to the pandemic. The share of worried respondents stood at 51 per cent in Sweden and 54 per cent in Finland.

The results of the survey also indicate that people are care-free about spending especially in Finland. Over a tenth (12%) of the people surveyed in the country revealed they have spent more than their financial situation would allow them to during the crisis, an admission that was made by only five per cent of Swedes and four per cent of Danes.

Finns have curiously also been the most eager to cut down on spending. While 39 per cent of them said they have tightened the purse strings during the state of emergency, the corresponding share stood at 36 per cent in Sweden and 28 per cent in Denmark.

The coronavirus pandemic has also had an impact on employment across the Nordics.

About a fifth of Swedes (21%) and of Danes (19%) reported that they have been temporarily laid off, permanently laid off or warned about the possibility of lay-offs due to the circumstances. The share of such respondents was slightly higher, 23 per cent, in Finland.

Worries about job security were prevalent particularly in Finland. Four in ten of respondents in the country stated that they are somewhat or very concerned about losing their job due to the pandemic. The concerns were shared by slightly over a third (34%) of respondents in Sweden and 38 per cent in Denmark.

“I believe this reflects the resilience of Finns,” interpreted Ylinen. “History has taught us that situations come and go and preparedness is important. Being concerned is the first step toward being prepared. So, you can see something positive in this too.”

His interpretation, however, was not corroborated by the savings of Finns.

Almost a third (31%) of Finnish households reported that they have no more than 1,000 euros in savings they can access easily if necessary. The same admission was made by roughly a quarter (26%) of respondents in Denmark and a fifth (21%) in Sweden.

The survey also examined the ability of households to cope with an unexpected expense of 500 euros. While 25 per cent of Finns viewed that they would find it difficult or outright impossible to cover the expense, the expense would cause difficulties for 18 per cent of Danes and 14 per cent of Swedes.