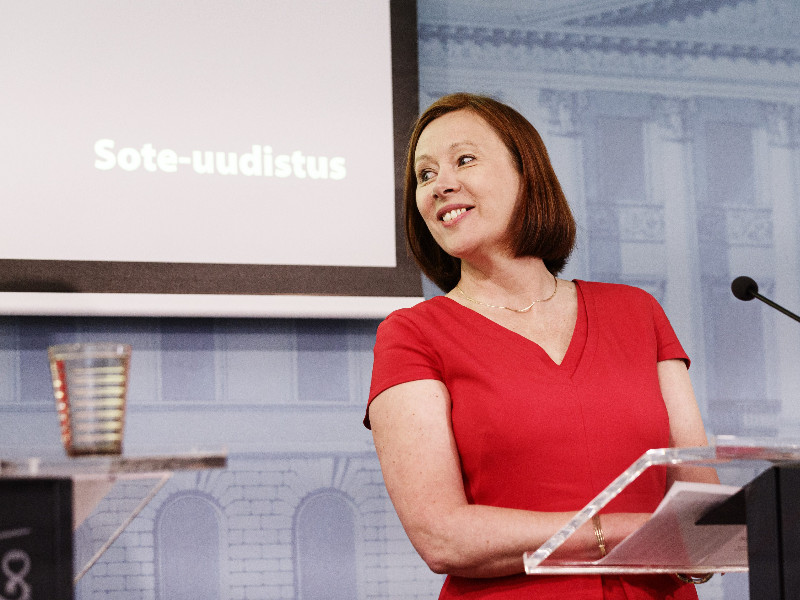 More than 170,000 Finns are set to move from the payroll of municipalities to that of provinces in the long-awaited social and health care reform, reminded Minister of Local Government Sirpa Paatero (SDP). (Roni Rekomaa – Lehtikuva)

THE SOCIAL and health care reform is set to bring about a new provincial structure in Finland.

Members of the Finnish government stepped before the media yesterday afternoon to unveil their draft proposal for the long-discussed reform, revealing that the structure would consist of 21 – instead of 18, as laid down in the government programme – provinces and one special responsibility area, Helsinki.

The provinces would take on the responsibility for organising the rescue, social and health care services currently organised by municipalities.

The legislative amendments required by the reform would enter into effect in 2021, while the first provincial elections would be held in early 2022 and the provinces would commence their operations in January 2023.

Minister of Local Government Sirpa Paatero (SDP) on Monday pointed out that the reform represents the largest transfer of undertaking in the history of Finland. Over 170,000 social and health care and rescue professionals, she highlighted, would move from the payroll of municipalities to the new provinces.

The government will according to her consider during the course of this year whether any other responsibilities should be moved to the shoulders of provinces.

The Ministry of Social affairs and Health said stakeholders will be able to comment on the draft bill until 25 September 2020. The plan is to present the bill to the Parliament in December.