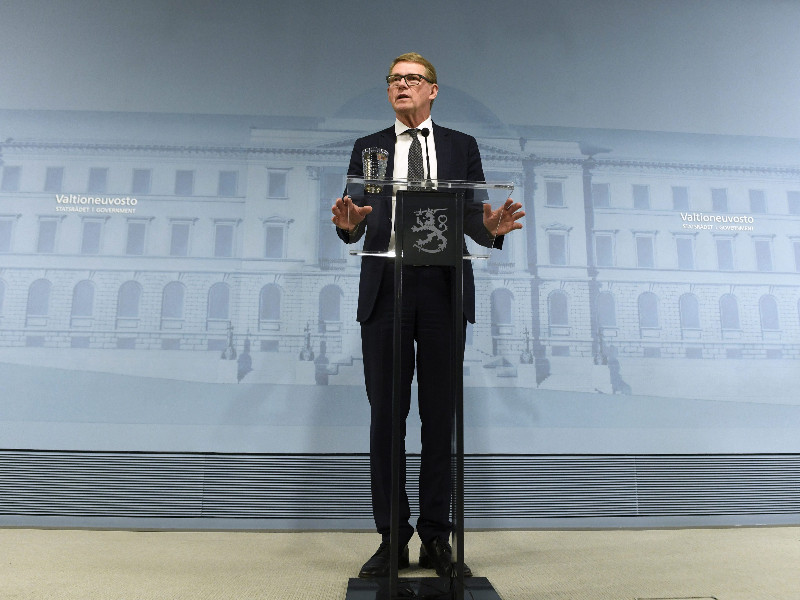 Minister of Finance Matti Vanhanen (Centre) addressed the media after being appointed to his new role by President Sauli Niinistö on Tuesday, 9 June 2020. (Vesa Moilanen – Lehtikuva)

MINISTER OF FINANCE Matti Vanhanen (Centre) says his EU counterparts agree that the economic downturn ignited by the coronavirus pandemic will necessitate not only action from national governments, but also fiscal stimulus from the European Union.

“It was clear to all that the epidemic-induced economic downturn will require both national measures and stimulus measures at the EU level,” he commented on Tuesday.

Vanhanen represented Finland for the first time in his new capacity yesterday as the finance ministers of the 27-country bloc convened to voice their preliminary thoughts on the 750-billion-euro recovery fund proposed by the European Commission. The video conference meeting was analytical and constructive, he described.

Finland, he said, reiterated its view that it remains premature to gauge the final impact of the recovery fund on member states. He told Talouselämä earlier that he is baffled that the commission decided to distribute the funding between member states in its proposal even though the final costs remain unknown.

The Finnish Ministerial Committee on European Affairs offered its thoughts on the fund last week, viewing that it should be based more predominantly on loans, that its duration should be shorter than four years and that the repayment period for the loans taken out from the market to finance it should be reduced from 30 years.

“Loan is the type of financing for recipients that makes you think more than a subsidy about what’d be a rational and justified investment. It’d be more effective from the system’s viewpoint,” explained Vanhanen.

The stimulus, meanwhile, should not be spread out over four years but place emphasis especially on the crisis at hand. “Stimulus should be a lot quicker time-wise so that its effectiveness increases.”

Finland is also calling for a shorter repayment period on grounds of its interpretation of the constitution, budgetary powers and the kind of commitments that can be made to the future.

“The problem becomes smaller when the repayment period is cut,” said Vanhanen.

He also echoed the view of his predecessor by voicing his doubts that the recovery fund will be adopted as proposed, pointing to the variety of opinions aired about it on Tuesday. The decisions in-principle, he also reminded, will be made by the bloc’s heads of state next week.