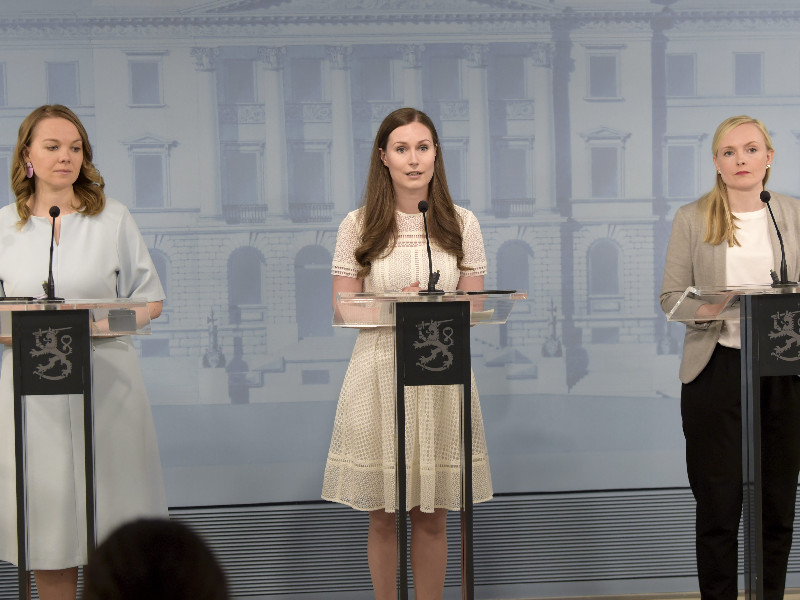 THE GOVERNMENT of Prime Minister Sanna Marin (SDP) has unveiled its fourth supplementary budget of the year, earmarking a total of 5.5 billion euros for various purposes.

Marin on Tuesday reminded that the social and economic crisis triggered by the coronavirus pandemic has had a major impact on the livelihood and daily lives of people, the operating preconditions of businesses, and the development of the national economy.

“The supplementary budget draft is designed to introduce a 5.5-billion-euro package of measures that aims to support the economy’s recovery,” she was quoted as saying by Helsingin Sanomat in a press conference yesterday evening, after reportedly difficult hours-long budget talks.

“[It] also places an emphasis on expertise and growth, as well as ecological re-building,” added Marin.

Minister of Finance Katri Kulmuni (Centre) revealed the government will, for example, increase the student intake of higher education institutions by 4,800 and disburse 1.4 billion euros to municipalities to help them to organise basic services amid the financial difficulties caused by the crisis.

New investments will also be made in research and development, as well as infrastructure projects.

“There have been questions recently about how the state suddenly has found billions of euros for its supplementary budgets this spring,” acknowledged Kulmuni. “Finland has maintained its finances well and pursued responsible economic policy, and we have access to credit in the markets and leeway to run up debt. We’ll also have to devise a plan for how to manage the increase in debt.”

She estimated that spending cuts and tax increases will be unavoidable once the government begins work to strengthen the national economy after the crisis has subsided.

The government, she told, decided both to postpone the goal of wiping out the sustainability deficit from the end of the electoral term to the end of the decade and to adopt an employment target that is more ambitious than the current one of 60,000.

“Creating new jobs is ever more important in the post-coronavirus age,” she explained.

The supplementary budget also contains 320 million euros in funding for a range of measures to promote the well-being of children and young people and offset the effects of the coronavirus-disrupted spring on, for example, teaching.

“[Children and young people] have had it tough during the coronavirus [epidemic],” said Kulmuni.

Li Andersson (Left Alliance), the Minister of Education, said it is clear that any prolonged suspension of in-person teaching will result in a surge in demand for various forms of support from children – especially from those at risk of social exclusion.

“Many children and young people are also more and more lonely,” she told.

About a quarter of the supplementary budget is to be spent on developing the railway infrastructure and supporting public transport operators, according to Minister of Transport and Communications Timo Harakka (SDP).

“The recovery package consists of many transport infrastructure projects across the country, and they can be started immediately,” he said in a press release from the Ministry of Transport and Communications.

“The goal is to promote climate-sustainable transport projects and the production of reasonably priced housing especially in areas easily accessible with public transport,” summarised Maria Ohisalo (Greens), the Minister of Transport and Communications.

“The government is committed to reserving over 755 million euros in developing transport infrastructure. Investments in railways and tramways will make up over 600 million of this.”

Further details of the projects will be released today.

The supplementary budget will necessitate an increase of 5.3 billion euros net borrowing by the government to roughly 18.8 billion euros in 2020. The budget draft is to be presented to the Finnish Parliament on Friday.