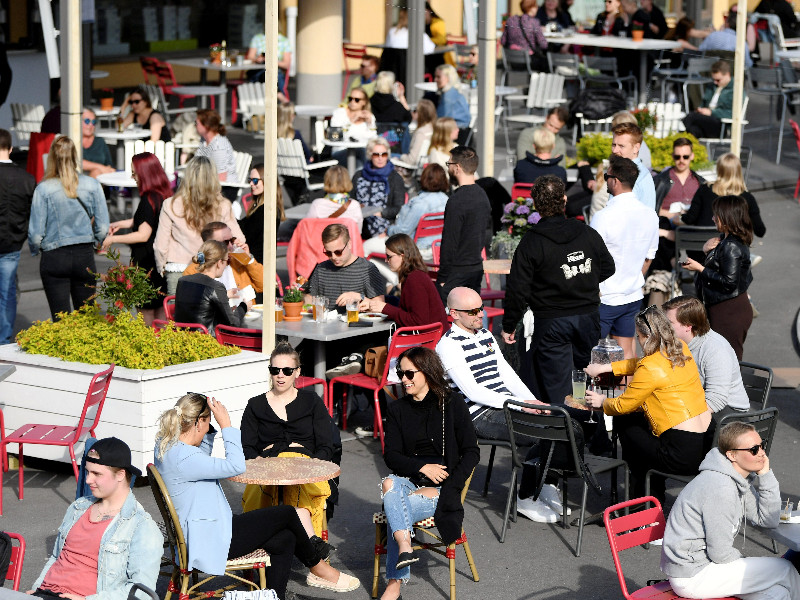 People took in the warm weather while enjoying refreshments on the outdoor terrace of Ravintola Lasipalatsi in downtown Helsinki on Monday, 1 June 2020. (Antti Aimo-Koivisto – Lehtikuva)

OVER A HALF of Finns intend to travel outside their municipality of residence this summer at least as much as in previous years, finds a survey commissioned by Uutissuomalainen.

The share of respondents who intend to refrain from domestic travel was the highest among over 70-year-olds, with almost one-fifth (17%) of them saying they plan not to leave their municipality of residence.

The Finnish government stated at the end of last week that it is no longer recommending that people refrain from travelling inside the country but urged all holiday-makers to follow the health and safety instructions issued due to the coronavirus pandemic. The Ministry for Foreign Affairs continues to recommend that people not travel abroad for other than necessary reasons.

Tietoykkönen surveyed 1,000 people for the survey during the second half of May.