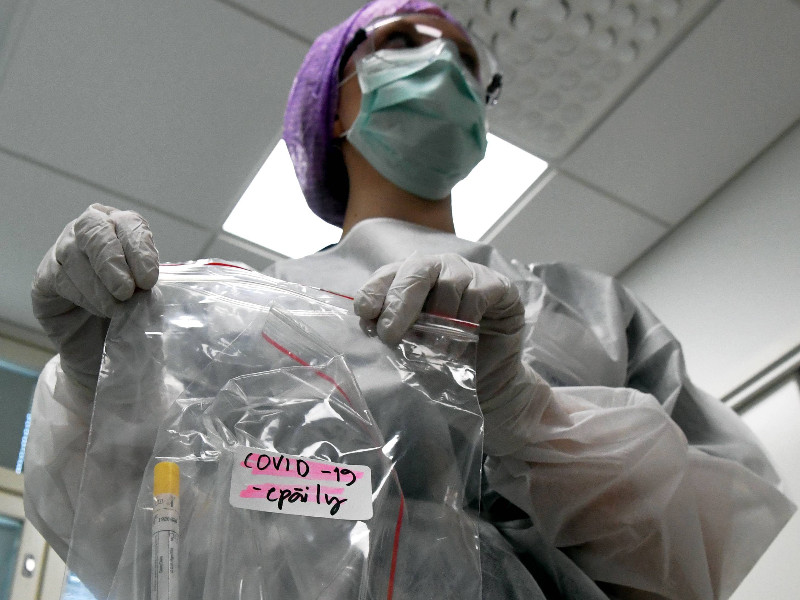 Almost 185,000 samples have been tested for the new coronavirus in Finland. (Jussi Nukari – Lehtikuva)

RECENT INCREASES in the number of coronavirus infections have re-kindled concerns about the epidemic situation in Finland.

The Finnish Institute for Health and Welfare (THL) has reported that the number of laboratory-confirmed coronavirus infections rose by 33 to 6,859 between Saturday and Sunday. The number was reported to have increased by 51 between Wednesday and Thursday and 64 between Tuesday and Wednesday.

The latter was the largest daily increase in over two weeks.

“The over two-week decline in the number of infections has come to a stop,” tweeted Markku Hänninen of F-Secure.

Hänninen, who has collected regional statistics on coronavirus infections and testing from recent weeks, pointed out that some 85 per cent of the new infections are reported in Uusimaa, the most populous region of Finland. Other parts of the country combined have on average accounted for six of the daily number in recent days.

He also highlighted that averages from the past eight weeks show that the number of new cases has jumped especially on Wednesdays and Saturdays.

“Holidays have had a notable impact on the number of tests up until now. It’ll be interesting to see what kind of an impact the summer holidays of schools will have,” he commented on Twitter. “There are now an average of 35–40 new infections per day.”

Tuuli Lappalainen, an assistant professor at Columbia University, is similarly concerned about the recent development.

“There’s no longer any reason to pat ourselves on the back: the number of infections seems to be higher this week than last week. That’s right on the eve of the summer starting and the restrictions being eased. Does this spell the end of weeks of positive development in many parts of the country and hopes of smothering [the epidemic] in the whole country?” she asked on Twitter.

She also expressed her bafflement with the new instructions on the use of face masks. The Ministry of Social Affairs and Health on Friday estimated that masks can theoretically prevent users from spreading the virus to some extent but offer no protection against contracting the virus from others.

“I’m surprised by the conclusion when droplet transmission is presented as the main [transmission] mechanism,” she said.

“In my opinion, the conclusions are overstated in light of the shortcomings. Pilgrims in Mecca are different from a crowded bus and so on. The size and quality of many studies is weak. The most important thing: lack of evidence is not the same as lack of effectiveness. This isn’t emphasised enough.”

Aki Lindén (SDP), a former chief executive of the Hospital District of Helsinki and Uusimaa (HUS), pointed out that some areas that seemed to have the situation under control have witnessed an increase in “imported” infections.

“The other observation that troubles is me is that the number of new cases has crept up from the level of last week. This may be a coincidence, but 64 and 51 new infections a day are comparable to the numbers that were cited in declaring a state of emergency in Finland in March,” reminded Lindén.