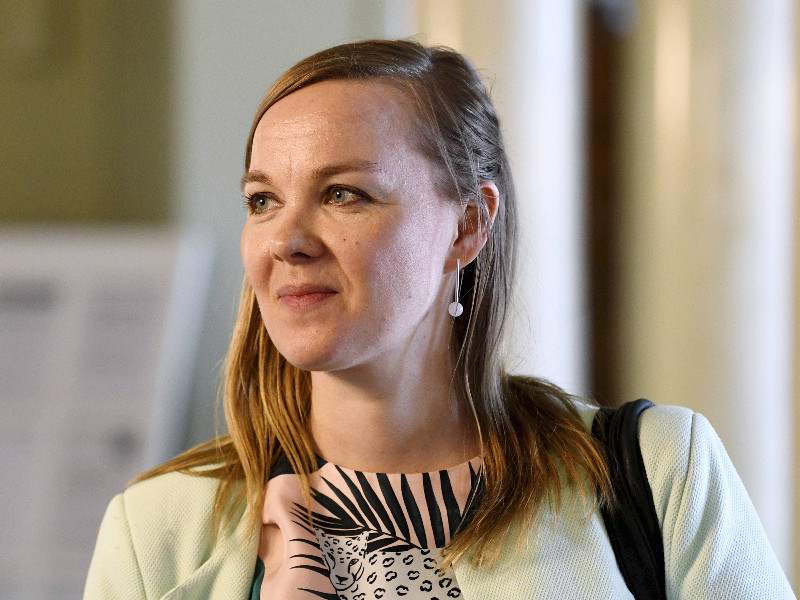 Minister of Finance Katri Kulmuni arriving for a plenary session in the Finnish Parliament on Tuesday, 26 May 2020. (Vesa Moilanen – Lehtikuva)

MINISTER OF FINANCE Katri Kulmuni (Centre) says the European Commission’s proposal for a 750-billion-euro recovery fund contains a number of elements that should be investigated thoroughly.

“It is important that the crisis isn’t used as an excuse for distributing responsibility for countries’ own economic policies on everyone’s shoulders,” she stressed on YLE's A-studio on Wednesday.

The European Commission proposed earlier that day that two-thirds of the recovery fund be allocated to member states in direct support and one-third in loans. The proposal would increase solidarity in the 27-country bloc, as the loans taken out by the commission would be guaranteed by member states and repaid with revenues from new EU taxes.

The commission calculated that the tax revenues could be enough to fund the stimulus, meaning member states would not see an increase in membership fees.

Its calculations have yet to convince Kulmuni: “The package contains a new element in that it’d introduce a recovery fund to the common European budget, which would be paid back in higher membership fees in the coming decades.”

She viewed that the proposal must be subjected to a thorough judicial examination, as it has already prompted questions about its compatibility with EU treaties and the Finnish constitution. The shares of member states and other financial details similarly remain unknown.

Finland, along with its fellow Nordics, has expressed its hope that the stimulus package consist primarily of loans, making the newly unveiled proposal a disappointment.

Tytti Tuppurainen (SDP), the Minister of European Affairs and Ownership Steering, stated on Twitter that the recovery fund is as expected in terms of its size, but not in terms of the proportion of direct support.

“The share of support is larger than we expected. All the funding will be channelled to member states through programmes in the [multi-annual financial framework] of the EU. The targets include important reforms and investments, such as green economy, digitalisation, and [research, development and innovation activity],” she said.

Kulmuni predicted in her interview with the public broadcasting company that the large proportion of direct support could become an insurmountable obstacle to the proposal.

“I don’t think the proposal will be passed as such in Europe,” she said. “We’ll now start the negotiations. Finland has considered it important that the [recovery fund] places an emphasis on loans and that the loans are conditional.”

The European Union, she added, cannot foster its competitiveness “by running up more debt or raising taxes”.

The Finnish government has yet to announce its formal position on the gigantic fund.