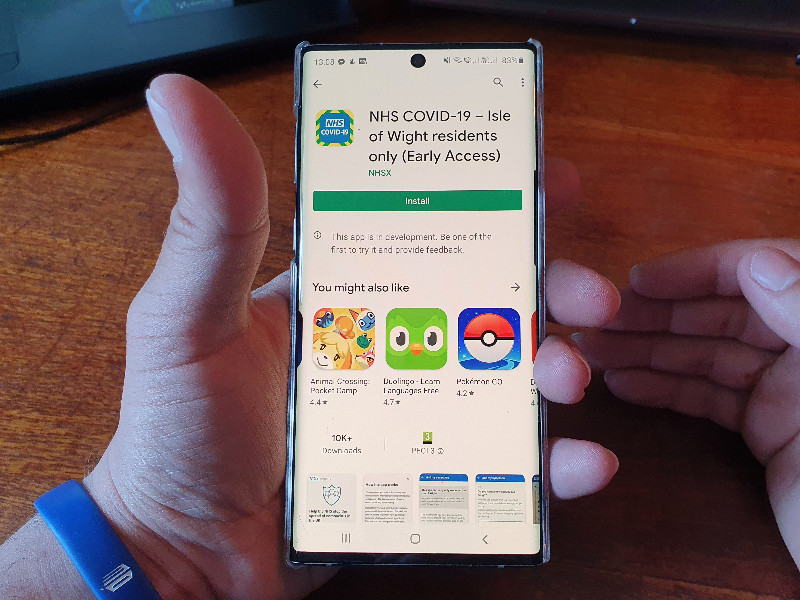 A resident of the Isle of Wight poses with his smartphone showing the newly released NHS Coronavirus contact tracing app in Ryde on 8 May 2020. (AFP / Lehtikuva)

THE IDEA of adopting a national mobile app for supporting efforts to track down people who have come into close contact with a person infected with the new coronavirus has been discussed widely in recent weeks in Finland.

Some have suggested that the app could be launched as soon as in June.

That is simply not possible, states Minna Saario, the head of digitalisation and information management at the Ministry of Social Affairs and Health. “The project is currently at the stage where it has been organised. We received the final comments and published a summary of the round of comments a fortnight ago,” she revealed on Tuesday.

“The comments will serve as one basis for the work on drafting a bill to amend the legislation accordingly for the Parliament. The time-frame goal for the parliamentary consideration is June.”

Saario admitted that the lawmaking process may move forward faster than usual due to the prevalent circumstances, but she predicted that the necessary amendments cannot be implemented until August.

“Expecting that the app could be adopted before that isn’t realistic,” she said.

Vaasa Central Hospital has begun piloting a contact tracing app provided by 2M-IT. Funded by the Finnish Innovation Fund (Sitra), the pilot is part of an effort to develop a national app for contact tracing supported by Fraktal, Futurice and Reaktor.