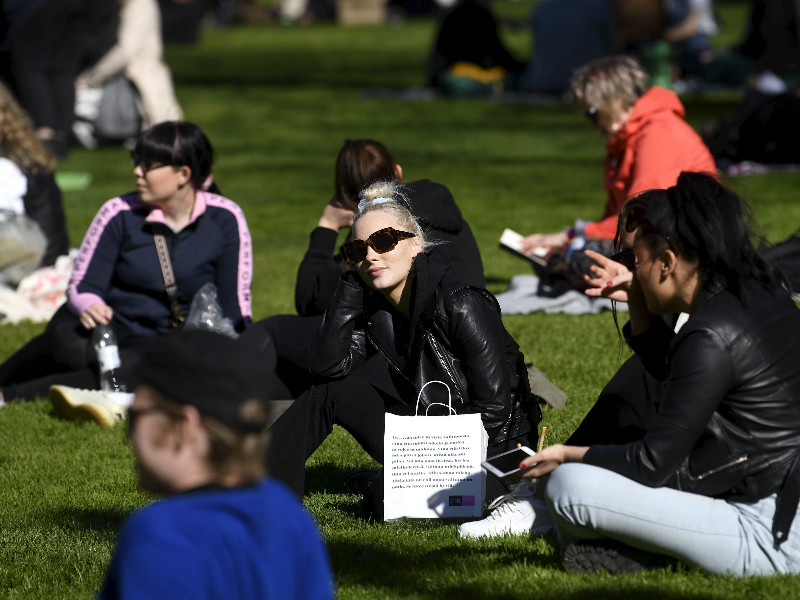 A NEW TEMPERATURE RECORD was set for this spring for the second time in as many days as the mercury climbed to 21.9°C in Oulu, North Ostrobothnia, on Sunday.

The mercury had broken the 20°C-mark for the first time this year a day earlier, hitting 20.3°C in both Haapavesi and Ylivieska, North Ostrobothnia. It repeated the feat yesterday also in Hailuoto and Kruunupyy, according to Juha Tuomala, a meteorologist at the Finnish Meteorological Institute (FMI).

Tuomala on Sunday told Helsingin Sanomat that the warm weather is expected to continue in most parts of the country in the coming days, with the temperature record again under threat in Southern and Central Finland.

“It’s possible we get the same readings if not higher,” he said.

Matti Huutonen, a meteorologist at YLE, similarly stated that the warm weather will continue this week, although it will be disrupted by a weather front that will bring showers to areas north and north-east of Vaasa on Wednesday.

“There may be light rains also in the south as the weather temporarily cools down on Wednesday and Thursday. Temperatures in Southern and Central Finland will for the most part stay around 20°C,” he commented to the public broadcasting company on Sunday.

“After a cold start to May, we’re now close to the mean temperatures recorded in the latter parts of the month. The 20°C-mark was breached unusually late this spring.”

Tuomala said Thursday and Friday may both end up being colder than last week but viewed that the warm weather should return in time for the school-ending celebrations taking place on Saturday, 30 May.

Huutonen pointed out that the rise in temperatures may cause problems in northern parts of the country after an unusually snowy winter: “There’s still around 80 centimetres of snow in Pokka, Kittilä, meaning we’ll have to pay close attention to the flooding situation in areas close to Rovaniemi and Kittilä,” he told YLE.