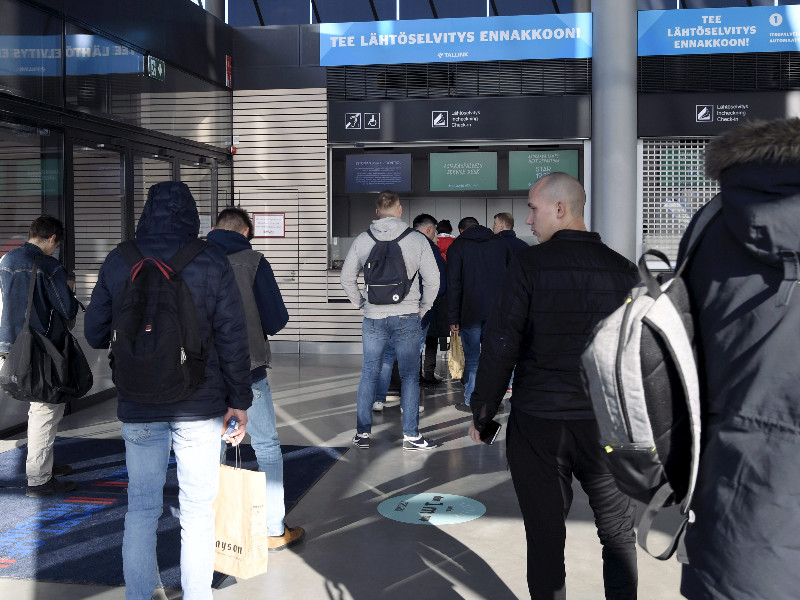 People waited for their turn to check in for a ferry to Tallinn at West Terminal in Helsinki on 15 May 2020. (Markku Ulander – Lehtikuva)

THE DECISION by Finland and Estonia on 14 May to permit work and other necessary travel between the two countries has prompted a number of questions among people eager to make the 90-kilometre sea journey, reports Helsingin Sanomat.

Can you make the journey to meet your partner, pick up your belongings or visit your summer cottage?

Finland and Estonia have stationed border officials in each other’s harbours to advise departing passengers and tell them before the journey whether their documents and purpose of visit will be enough to secure entry on the other side of the gulf.

The officials have had a positive impact, Jani Tiihonen, a coast guard master sergeant at the Finnish Border Guard, told Helsingin Sanomat. At the Port of Tallinn, he revealed, some 15–25 people a day have decided to skip the trip after hearing that they do not have the necessary documents and that the only thing waiting for them at the other side of the gulf is a request to board the next ferry back.

The officials cannot stop anyone from embarking a ferry, however.

“Ninety-nine per cent of the people who were told that these grounds probably won’t get you entry to Finland have believed us. Those who didn’t believe us have returned on the next ferry,” said Tiihonen.

Most Estonian passengers, he said, have been well-prepared for the journey and had the necessary documents – such as proofs of employment and birth and marriage certificates – on hand, resulting in only a handful of denials of entry in Finland. Officials in Estonia, by contrast, had sent 69 people back to Finland by Wednesday, 20 May.

“Our officials in Finland have explained that these papers won’t get you into the country, but people have wanted to give it a go nonetheless,” said Ivo Utsar, the head of the northern prefecture at the Police and Border Guard of Estonia.

He revealed that those seeking entry have included tourists, cottage owners and leisure travellers. “One guy told that he had to get to Estonia to buy cigarettes,” he stated to Helsingin Sanomat.

Helsingin Sanomat wrote on 18 May that more than 50 passengers were turned away by officials in Estonia between 14 and 17 May. Officials in Finland, by contrast, turned away five passengers over the four-day period.