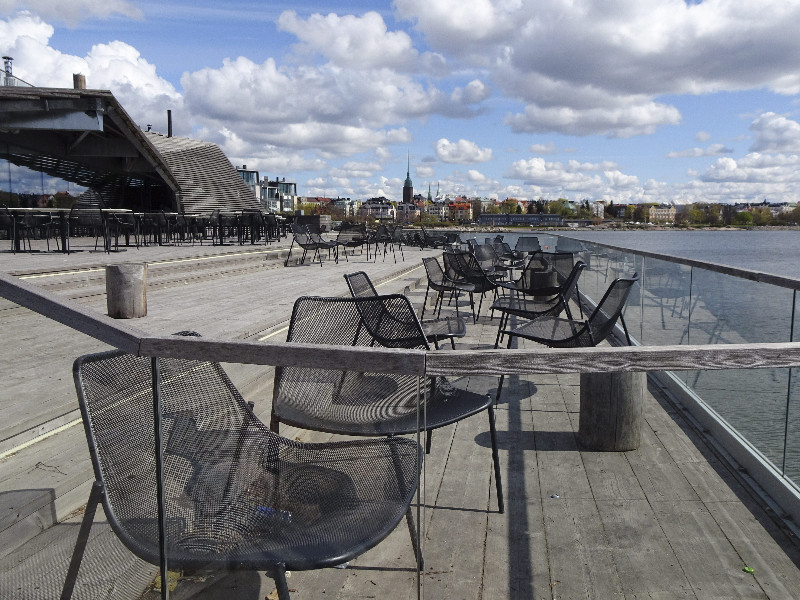 Empty seats on the outdoor terrace of Löyly Helsinki on 14 May 2020. (Teemu Salonen – Lehtikuva)

THE COMMERCE COMMITTEE of the Finnish Parliament is proposing several amendments to the financial support offered to restaurants due to the coronavirus pandemic.

The parliamentary committee proposed in a memo published yesterday that the total amount of support be increased from 123 to 170 million euros and that the conditions be revised in regards to, for example, the reference period used for determining the revenue losses of restaurants.

The rules on the reference period, it viewed, should be expanded to allow authorities processing the applications to weigh up the applicant’s revenues not only against the time period proposed by the government, January—February 2020, but also to April—May 2019. The cost impact of the revision is estimated at no more than 40 million euros.

The Parliament’s Commerce Committee also proposed that the scheme be supplemented in a way that also makes restaurants that have outsourced their human resources eligible for the financial support.

The Finnish Hospitality Association (Mara) on Wednesday welcomed the bump in funding but reiterated that the package remains insufficient to compensate for the damage caused by the closures of restaurants. The package is also unfair to larger restaurants and staff restaurants, according to Mara.

Restaurants that are only open in the summer would similarly be left without the re-employment compensation, even though also they have been affected by the closures.

“Mara and Service Union United (PAM) have stated that 350 million euros would be a reasonable amount of support. The Commerce Committee is only proposing half of that. The compensation is too small in light of the struggles of restaurants and their employees,” told Timo Lappi, the managing director of Mara.

“It is, however, appropriate that the committee is proposing that the support be raised to 170 million euros. The EU will hopefully be issued the necessary notification quickly, because the compensation payments are needed urgently,” he added.

The Finnish government exercised powers granted to it under the emergency powers act to order bars, cafés and restaurants to close their doors to non-takeaway customers on 4 April. It announced yesterday that such establishments can re-open their doors to customers, under certain conditions, on 1 June.

Many Helsinki-based restaurants have already revealed that they are fully or nearly fully booked for 1 June.

“People have bottled-up craving to go to a restaurant, because the demand has been high especially in the food restaurant side,” Aku Wikström, the managing director of Noho Partners, told Uusi Suomi. “1 June will be the first day people get to rush to restaurants again. That’s clearly having an effect here. The most popular days, such as Friday, are full for the next couple of weeks.”

Noho Partners operates the likes of Elite, Farouge, Savoy and Stringberg in the Finnish capital.

The restaurants will not be cramped despite the influx of bookings, as one of the conditions imposed by the central administration is that restaurants must reduce their maximum capacity to half of the usual.