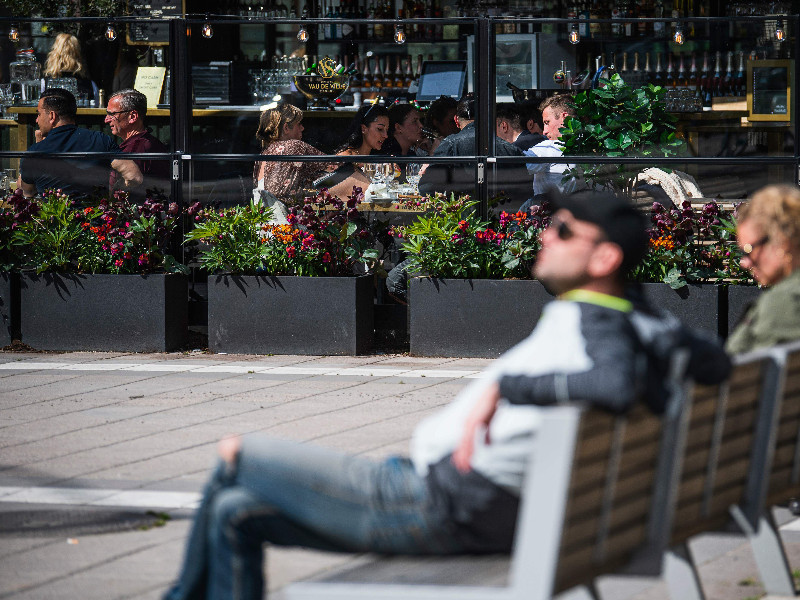 People eating out in Stockholm on 8 May 2020. The Swedish government has responded to the coronavirus pandemic mostly with instructions and recommendations, rather than outright orders and prohibitions. (Jonathan Nackstrand – AFP/Lehtikuva)

FINLAND and Sweden have famously taken vastly different approaches to tackle the new coronavirus, but the pandemic may deliver an equally devastating blow to their economies, writes Helsingin Sanomat.

While the Finnish government has shut down schools, restaurants and libraries, its Swedish counterpart has resorted mostly to instructions and recommendations instead of outright orders.

The difference in the approaches remains pronounced despite the recent decision to relax some of the counter-measures in Finland.

But will the less heavy-handed approach inflict less damage on the national economy? Not necessarily, according to experts interviewed by Helsingin Sanomat. “The effects on the Swedish economy are pretty much as big as on other Nordic countries, judging by what we know now,” summarised Heidi Schauman, the chief economist at Swedbank Finland.

Helsingin Sanomat on Monday highlighted that the crisis has led to a more dramatic increase in unemployment in Sweden than in Finland. The Swedish gross domestic product is similarly forecast to contract by roughly as much as that of Finland.

This is partly because both economies are heavily reliant on exports.

Swedbank, a Nordic-Baltic banking group based in Stockholm, noted in its latest economic outlook that exports are declining sharply due to the severe restrictions adopted to slow down the pandemic in many key export markets, especially in Europe. The gross domestic product, it forecast, is consequently to contract by six per cent in Finland and five per cent in Sweden in 2020.

Schauman told Helsingin Sanomat that the difference in the number of new unemployed people can be attributed, at least partly, to the temporary lay-off procedures.

In Finland, a temporary lay-off is defined as the suspension of pay and work for the duration of the lay-off, but not as the termination of the employment contract. Employees in the country are also entitled to unemployment benefits during the temporary lay-off period. In Sweden, by contrast, a temporarily laid-off employee continues to inflict wage costs on the employer.

Although the Swedish government has put together a system where it covers the majority of the wages of temporary laid-off employees during the crisis, a lack of trust in the new system has led to major lay-off announcements from the likes of SAS and Volvo.

“Companies in Finland are holding on to their employees if at all possible,” said Schauman. “In Sweden, large lay-off decisions are made at a fast pace.”

Tuuli Koivu, the chief economist at Nordea, agrees with Schauman.

“We’re seeing astonishingly similar effects, be it in the US, China, Sweden or Finland,” she stated to Helsingin Sanomat. “Consumers in all countries changed their behaviour very quickly. We’re talking about no more than a week or two.”

Koivu estimated that the change took place in the heads of consumers already before the introduction of restrictions to slow down the pandemic. Even in Sweden, she added, the daily lives of people have changed notably: employees have been asked to work remotely whenever possible and gatherings of over 50 have been banned.

“Sweden can probably get away with a slightly smaller drop in consumption, but in the big picture the differences seem fairly small,” she said.