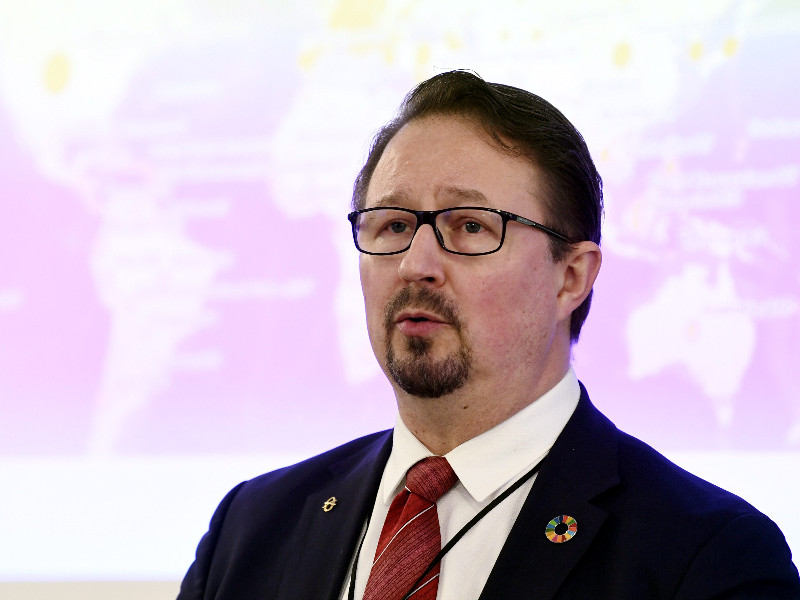 Mika Salminen, the director of health security at the Finnish Institute for Health and Welfare (THL), reminded Swedish media that it remains premature to draw conclusions about the effectiveness of different strategies to combat the new coronavirus. (Vesa Moilanen – Lehtikuva)

MIKA SALMINEN, the director of health security at the Finnish Institute for Health and Welfare (THL), has stated to TT News Agency that Finland may not witness the peak of the coronavirus epidemic until the autumn, having contained the spread of the virus “a bit too much”.

“Our goal this whole time has been to safeguard the health care capacity. We’ve accomplished that and overshot it a bit,” he commented to the Swedish news agency on Monday.

“The spread is already a bit limited. If the disease spreads too slowly, it’ll take forever until we’ve overcome this pandemic. It’s naturally good that old and sick people don’t die, but this is a balancing act.”

Salminen reiterated that he does not believe it is possible to suffocate the epidemic and that a vaccine is unlikely to be completed by year-end – let alone by the autumn.

THL has warned the government of the possibility of a larger second wave of the coronavirus. Arto Palmu, a research manager at THL, told Dagens Nyhetern that a second wave of cases is practically unavoidable.

“But there may also be local outbreaks. Everyone is currently waiting for a vaccine that’d protect the population, but that’ll take time,” he said to the Stockholm-based newspaper on Monday.

Palmu also called attention to the economic effects of the strategy adopted by the government of Prime Minister Sanna Marin (SDP). “They’ll be enormous and there’s a limit to how long these [restrictions] can be kept in place. If we let the economy to function slightly more, like in Sweden, it could be possible to keep the restrictions in place for a bit longer.”

“This is all something we’ll have to look into,” said Palmu.

Sweden has taken a less heavy-handed approach in the fight against the new coronavirus, imposing only limited restrictions and not locking down the country. While its death toll from the virus currently stands at 2,355, estimates indicate that herd immunity could be reached in the coming weeks in its capital, Stockholm.

Salminen on Monday said to TT that Sweden’s strategy can lead to a higher mortality rate but also the epidemic dying out more quickly. He also emphasised that the final outcome will not be known until later.

The Finnish strategy of stricter restrictions is founded on the importance placed on human lives and safety in the constitution, according to him. Unlike in Sweden, he added, the government also succeeded in invoking the emergency powers act that grants it wider powers in the fight against the epidemic.