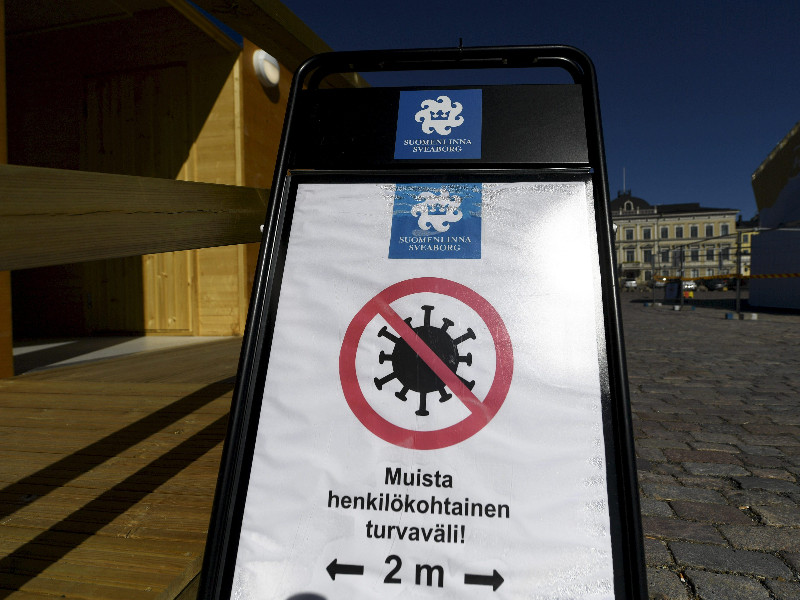 People were asked to maintain a distance of at least two metres from others while waiting for their turn to board a ferry to Suomenlinna, an island district of Helsinki. (Vesa Moilanen – Lehtikuva)

THE FINNISH INSTITUTE for Health and Welfare (THL) has reported that the number of laboratory-confirmed coronavirus infections crept up by 101 to 4,576 between Saturday and Sunday in Finland.

The Hospital District of Helsinki and Uusimaa (HUS) remains the national epicentre of the outbreak, accounting for 3,096 of the total and 86 of the new infections.

“The epidemic has in no way evened out,” Lasse Lehtonen, the head of diagnostic services at HUS, highlighted on Twitter.

The official death toll from the new coronavirus rose by four to 190 between Saturday and Sunday. THL on Sunday said further details are available on 140 of the 190 fatalities, revealing that 51 per cent of them are male, their median age is 84 years and over 90 per cent of them had one or more chronic diseases – most commonly diabetes or heart disease.

A preliminary estimate based on the number of infections reported at least two weeks ago that have not been supplemented with updates about the course of the disease suggests that at least 2,500 people have recovered from the virus in Finland.

The epidemic has yet to induce a spike in the number of deaths, according to Helsingin Sanomat.

Statistics Finland on Friday published preliminary data indicating that the number of deaths decreased by roughly 250 from the previous year to 4,599 in March 2020. The average number of deaths in the third month of the year has been 4,590 in the 2000s.

Oskari Luomala, a statistician at THL, reminded Helsingin Sanomat that the data may not be complete starting from the week between 30 March and 5 April.