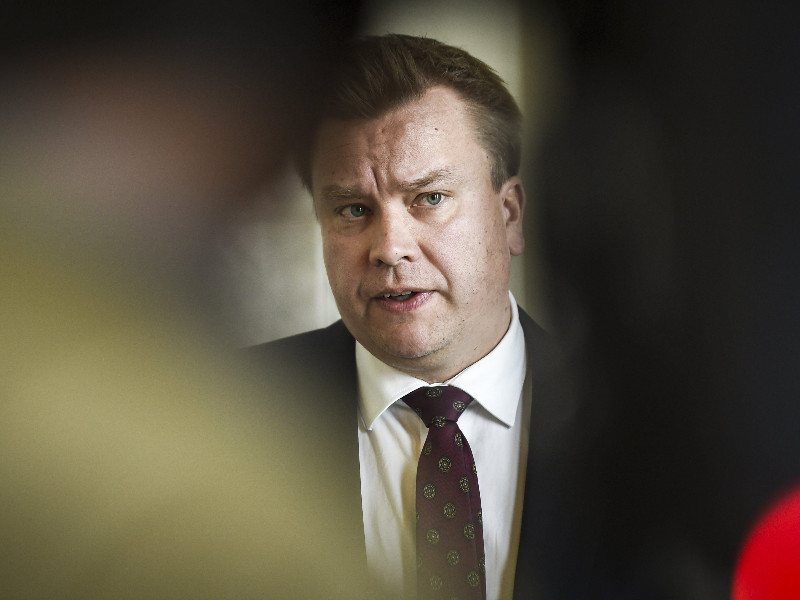 Minister of Defence Antti Kaikkonen (Centre) on Friday said consultants will be denied access from meetings related to the project to replace the fighter jet fleet of the Finnish Air Force. (Emmi Korhonen – Lehtikuva)

MINISTER OF DEFENCE Antti Kaikkonen (Centre) on Friday announced his decision to bar all consultants from meetings related to HX Fighter Program, the years-long project to replace the ageing fighter jet fleet of the Finnish Air Force by 2030.

Kaikkonen revealed that he made his decision after discussing the issue with President Sauli Niinistö.

“The rule will apply to all meetings and other contacts, and it will enter into force immediately. The HX project will plead with all bidders not to use consultants also in the official negotiations,” he commented.

The Ministry of Defence highlighted in a press conference that the decision was made as the project moved on to the stage of preparing the final invitation for tenders in order to make a “clear distinction” between the supplier candidates and the consultants and lobbyists representing them in the negotiations.

The announcement came one day after news that one of the consultants used by the five companies vying for the up to 10-billion-euro contract is Jarmo Lindberg, a former Commander of the Finnish Defence Forces.

The news also kindled calls for the adoption of a longer cooling-off period for government and military officials in Finland.

Anu Vehviläinen (Centre) on Friday said on Twitter that Minister of Local Government Sirpa Paatero should show initiative and introduce a “penalty round” or longer cooling-off periods for officials from especially sensitive fields such as border security, internal security and national defence.

Vehviläinen herself tried to extend the cooling-off period from six to 12 months during her tenure as a cabinet member in the government of Prime Minister Juha Sipilä (Centre) in 2015–2019.

Paatero replied by affirming that it is “clearly necessary” to examine the sufficiency of the current regulations. Also Deputy Chancellor of Justice Tuomas Pöysti estimated that the issue should be considered.