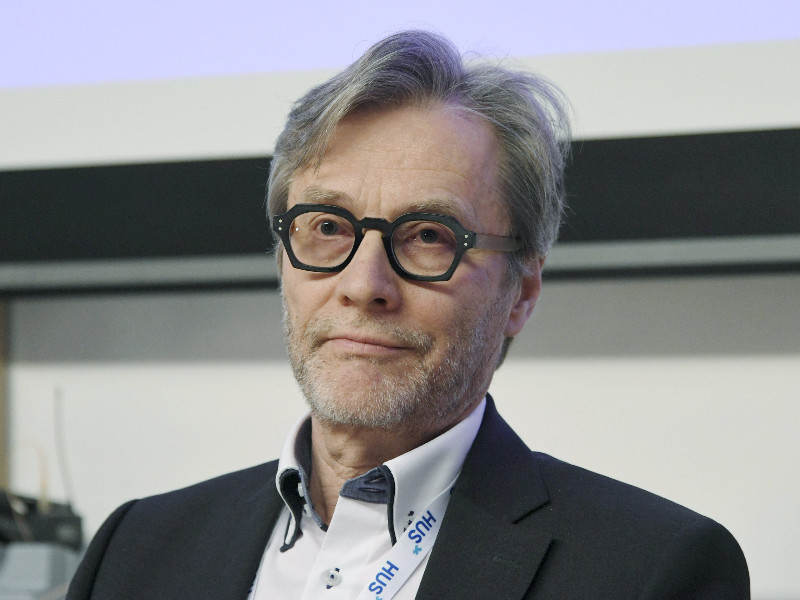 Markku Mäkijärvi, the chief medical officer at the Hospital District of Helsinki and Uusimaa (HUS), says compiling accurate statistics on coronavirus-related deaths is difficult partly due to the criterion that the patient must have tested positive for the virus. (Markku Ulander – Lehtikuva)

THE NUMBER of Covid-19 cases increased by almost 300 during the course of last weekend in Finland, according to the Finnish Institute for Health and Welfare (THL).

THL on Sunday reported that the number of new coronavirus infections confirmed in laboratory tests increased by 102 to 3,783 between Saturday and Sunday, after jumping by 192 between Friday and Saturday.

Roughly two-thirds (2,450) of the cases have been reported by the Hospital District of Helsinki and Uusimaa (HUS). Helsinki has accounted for more than a half of the cases in the 24-municipality hospital district.

The official death toll from the new coronavirus crept up by four to 94 between Saturday and Sunday. The actual number of deaths, however, is believed to be significantly higher, as the official statistics do not account for deaths that have occurred outside hospitals in places such as nursing homes, according to THL.

Further details are currently available on 74 of the 94 fatalities: their median age is 82 years and 69 per cent of them are male.

Helsingin Sanomat on Sunday wrote that the official death toll may not include up to 50–60 deaths caused by the new coronavirus in nursing homes in Helsinki and Uusimaa.

Markku Mäkijärvi, the chief medical officer at HUS, explained in an interview with the newspaper that compiling statistics on the number of deaths is difficult due to the criteria laid out by THL and the Ministry of Social Affairs and Health. The criteria prescribe that the deceased must have tested positive for and died of complications caused by the new coronavirus.

The residents of nursing homes, for example, may not have been tested or may have tested negative despite experiencing symptoms associated with the virus for a variety of reasons.

“Not everyone has been tested, even though it can be assumed that we’re dealing with a coronavirus death. And not everyone tests positive, even though you could imagine that there is [an infection]. Some of the cases will be confirmed in a death investigation, but not every single one,” said Mäkijärvi.

“This will remain a bit vague until the very end – in terms of not only the morbidity figures but also the death figures,” he added.