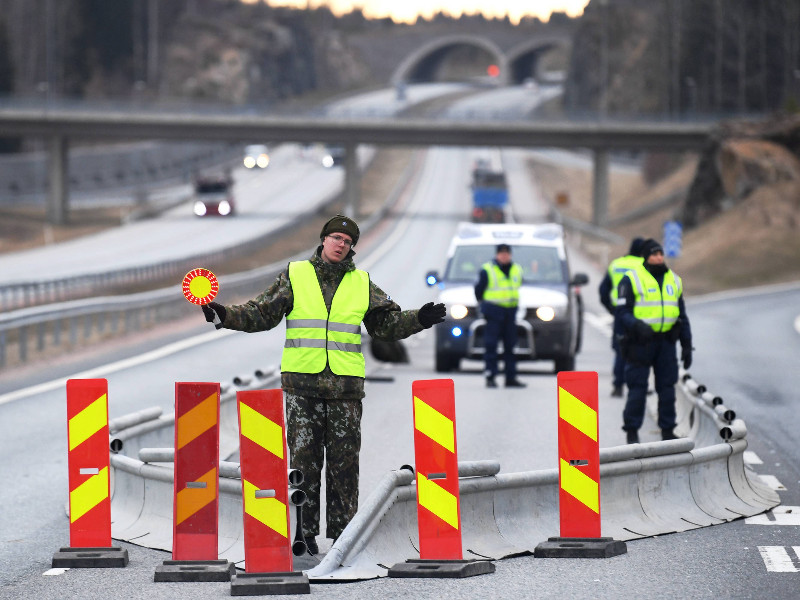 The Finnish government limited travel in and out of Uusimaa, the most populous region of Finland, on 28 March in a bid to slow down the spread of the new coronavirus. (Jussi Nukari – Lehtikuva)

LASSE LEHTONEN, the director of diagnostic services at the Hospital District of Helsinki and Uusimaa (HUS), has questioned the government's readiness to lift the lockdown of Uusimaa, the most populous region of Finland, on 19 April.

“Maybe you should think about the issue carefully,” he stated on YLE’s Docventures on Wednesday.

Prime Minister Sanna Marin (SDP) stated to the public broadcasting company earlier that day that she considers it unlikely that the lockdown will continue beyond the original deadline of 19 April. The emergency powers act, she explained, allows the government to adopt such drastic measures only if they are absolutely necessary.

Lehtonen on Wednesday warned that the number of infections would rise dramatically if thousands of people took the virus from Uusimaa to the rest of Finland. Uusimaa, he highlighted, has accounted for around 60 per cent of all infections confirmed in the country, despite accounting for less than a third of the country’s population.

“There’s still a big difference in the per-capita figures,” he said.

He encouraged the government to pursue a different strategy: uphold the lockdown and enforce what he called “a relaxed house arrest” in Uusimaa, while targeting testing and tracing resources to other parts of Finland.

He viewed that it would be realistic for such a small country to identify everyone carrying the virus and thereby gain an upper hand over the epidemic. The most unfortunate outcome would be that relaxing the restrictions led to the virus spreading to other regions and undoing the progress made thus far in slowing down the virus.

Lehtonen told MTV earlier this week that he is in favour of adopting even stricter restrictions, such as only allowing shopping for the most necessary items, prohibiting all gatherings of more than two people and obliging everyone to wear a respirator mask. Enforcing such a house arrest even for three weeks, he gauged, could enable the government to relax the restrictions substantially.

“A three-week broad quarantine could probably cut the infection chain in Uusimaa. Currently infections are rising slowly,” he said.