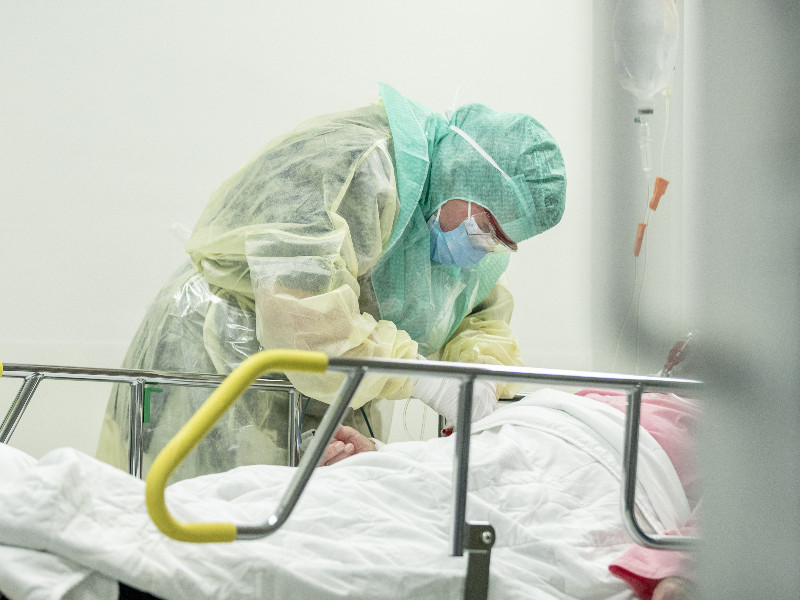 A nurse donning infection control apparel drawing blood from a patient potentially infected with the new coronavirus in a special ward in Turku University Hospital in Turku on 3 April 2020. (Roni Lehti – Lehtikuva)

SEVERAL PEOPLE have been infected with the new coronavirus in a private nursing home in Espoo, Southern Finland, reports YLE.

Juha Metso, the head of social and health services at the City of Espoo, on Sunday confirmed to the public broadcasting company that both employees and residents at the facility have tested positive for and three residents died of the virus.

Sources interviewed by the broadcaster stated that some staff members took time off soon after the infections were detected and that the operator of the nursing home has sought to replace them with staff from its other units.

“That I can’t confirm because they aren’t our employees,” retorted Metso.

He assured that the situation is under control and that there is no shortage of nursing staff. He revealed that coronavirus infections have also been detected, but have led to no deaths, in a city-owned nursing home in Espoo.

The Finnish Institute for Health and Welfare (THL) on Sunday reported that the virus has claimed the lives of 28 people in Finland. The median age of the 23 fatalities whose ages are known is 81, with two of the fatalities being 40–59 years old, six 60–79 years old and 15 over 80 years old.

The number of laboratory-confirmed infections crept up by 45 from the previous day to 1,927 on Sunday. A total of 76 people are currently in intensive care with symptoms caused by the new coronavirus, according to THL.

The number of samples tested for the virus rose by around 2,700 to 31,700 between Saturday and Sunday.