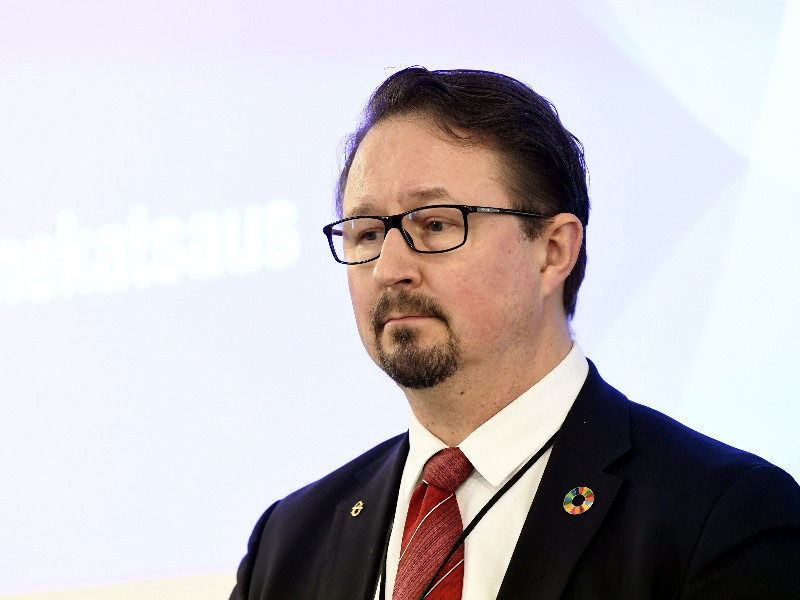 Mika Salminen, the head of health security at the Finnish Institute for Health and Welfare (THL), reacted at a government press conference in Helsinki on Wednesday, 1 April 2020. (Vesa Moilanen – Lehtikuva)

THE STRINGENT RESTRICTIONS on movement and social contact adopted by the government have slowed down the spread of the new coronavirus in Finland, tells Mika Salminen, the director of health security at the Finnish Institute for Health and Welfare (THL).

Salminen on Wednesday confirmed that the virus is no longer spreading exponentially, as it was expected to do without any restrictions.

“You can now say relatively confidently that the restrictions have clearly slowed down the progress. And that’s naturally great news,” he stated in a press conference. “Thanks to all Finns for adhering to the restrictions and following hygiene procedures.”

The virus has spread at different rates in different parts of Finland. Most of the laboratory-confirmed cases have been reported by the Hospital District of Helsinki and Uusimaa (HUS), where the number of cases (931) relative to population is almost four times as high as the rest of the country.

The situation will change gradually, according to Salminen.

“You can say that the progress has slowed down also in Uusimaa. The government’s restrictions have proven effective and achieved the objective of slowing down the epidemic. We still have to prepare for the epidemic continuing for several months also on a global level,” he reminded.

Salminen said Finland has “in principle” complied with the testing recommendations of the World Health Organization (WHO). The country, he explained, had to initially ensure a low threshold for testing patients in need of hospital care and health care professionals, but as the situation has begun to change so have the priorities.

“Our instructions have consistently laid down the priority that as long as these two groups can be taken care of, we can also go on with other testing and, in fact, in areas with only a few cases that’s what we’ve had to do and have done,” he said.

Minister of Family Affairs and Social Services Krista Kiuru (SDP) said testing, contact tracing and treatment are the key pillars of the effort to slow down the epidemic in Finland. While the testing capacity is to be raised significantly, she underlined that it is important to also see to other elements of the process, ranging from organising safe testing to determining the chain of infection and issuing isolation and quarantine orders.

“We’ll have to see to all of this whenever we’re talking about raising the testing capacity,” she said.

Laboratories in Finland are currently capable of analysing 2,500 samples a day. Kiuru revealed that the objective is to double the capacity in the near future and triple it in the long term with the help of new partners.