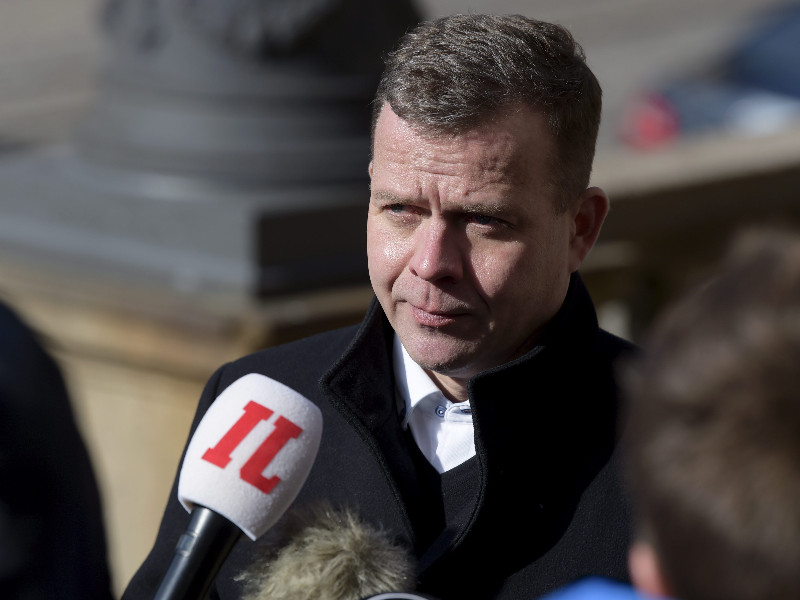 Petteri Orpo, the chairperson of the National Coalition, talked to reporters outside the House of the Estates in Helsinki on 24 March 2020. (Antti Aimo-Koivisto – Lehtikuva)

TESTING for Covid-19 should be increased further in Finland, state Petteri Orpo, the chairperson of the National Coalition, and Aki Lindén (SDP), an ex-managing director of the Hospital District of Helsinki and Uusimaa (HUS).

Lindén on Tuesday acknowledged that testing has already been increased but argued that the capacity must be ramped up further to ensure the coronavirus epidemic can be contained.

“The increase has been rapid, but a lot more will be needed,” he wrote on Twitter.

The Finnish Institute for Health and Welfare (THL) reported yesterday that samples for coronavirus tests have been collected from around 22,600 people, including around 1,000 over the past 24 hours. The testing continues to focus primarily on patients with serious respiratory symptoms and social and health care professionals.

Lindén on Monday pointed out that there is virtually no difference in the number of tests conducted relative to the population in Finland and South Korea, a roughly 51-million resident country that is regularly cited as an example of the benefits of widespread testing.

Orpo, in turn, demanded that the weekly number of tests be increased to “tens of thousands” in Finland.

“People must get to know whether they’re infected. We could then isolate the infected and prevent the virus from spreading. People who have recovered from the disease could carry on their daily lives. Increasing testing would speed up the return to normal. Finland wouldn’t have to stay in complete shutdown for six months,” he wrote in a press release.

The ex-minister of finance reminded that the longer different segments of the society are in lock-down, the longer it will take the society to recover from the crisis.

“The damage will be seen directly in the everyday lives of people – in lost jobs, bankruptcies, unpaid wages and [unpaid] bills. We have to use all means possible to soften the blow to the lives of people,” underlined Orpo.

Mehiläinen, one of the largest private health care companies in Finland, on Tuesday announced it will ramp up the testing capacity substantially by launching collaboration with a partner laboratory in South Korea. The company said the objective of the collaboration is to enable the analysis of 18,000 samples in the coming two weeks.

The privately funded project is backed by a business coalition consisting of some of the largest employers in the country, such as Ensto, Fazer, Kesko, Kone, Metso, Metsä Group, Neste, OP, Tietoevry, UPM and Wärtsilä.

Also HUS and Synlab have stated their intent to boost their testing capacity, with the former saying it is already able to analyse over 1,000 samples a day.