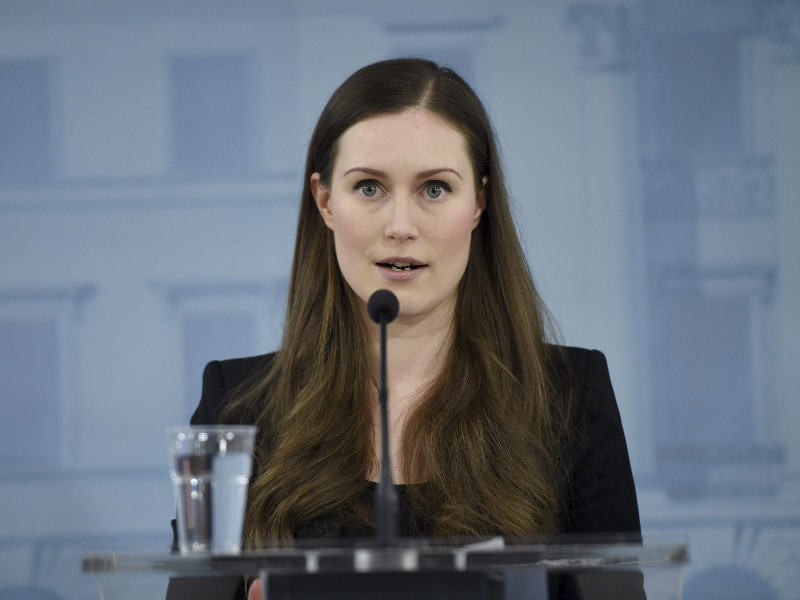 Prime Minister Sanna Marin (SDP) delivered an update on the coronavirus situation to members of the media in Helsinki on Monday, 30 March 2020. (Emmi Korhonen – Lehtikuva)

PRIME MINISTER Sanna Marin (SDP) on Monday announced the government will extend its measures to slow down the spread of Covid-19 in Finland until 13 May.

The Finnish government announced a fortnight ago it will invoke the emergency powers act to, for instance, suspend in-person teaching at schools and universities, limit visits to care facilities and order over 70-year-olds to self-isolate in a bid to combat the pandemic.

The current teaching arrangements may have to be continued until the end of the school term, according to a press release from the government.

“It seems that the restrictions are having an impact, but there’s still a need to uphold them,” Marin stated in a press conference, adding that the extension was recommended by both the Ministry of Social Affairs and Health and Finnish Institute for Health and Welfare (THL).

The measures were initially to be lifted on 13 April.

Marin on Monday said Uusimaa, the most populous region of Finland, will remain in lock-down until 19 April. The government, she added, will submit its decree for ordering bars, cafés and restaurants across the country to close their doors to all non-takeaway customers until the end of May to the Finnish Parliament on Tuesday, 31 March.

Minister of the Interior Maria Ohisalo (Greens) revealed the government has also decided to suspend passenger traffic, including work-related travel, across the border between Finland and Sweden.

Helsingin Sanomat on Sunday wrote that Sweden has not sought to contain the epidemic as forcefully as many other countries, sparking concerns about the infection risk of people commuting across the border regularly. The Finnish Border Guard has reported that around 1,000 people cross the border for work on a daily basis.

“There have been a few cases [of coronavirus related to work travel between Finland and Sweden],” Markku Broas, the chief physician for infectious diseases at Lapland Central Hospital, told Helsingin Sanomat.

“There’s a risk that infections will come here from Sweden.”

The Finnish government will immediately begin preparatory work to both adopt stricter restrictions on traffic across the border and suspend maritime transport, except for goods and cargo, between the two countries. It prohibited work-related travel between Finland and Estonia on Thursday.

Anna-Maja Henriksson (SFP), the Minister of Justice, reminded that Members of the Parliament are ultimately able to decide how long the measures remain in effect. The government, she said, must be able to lift the restrictions as soon as they are no longer necessary, which is why it requires daily updates on the epidemic from the Finnish Institute for Health and Welfare (THL).