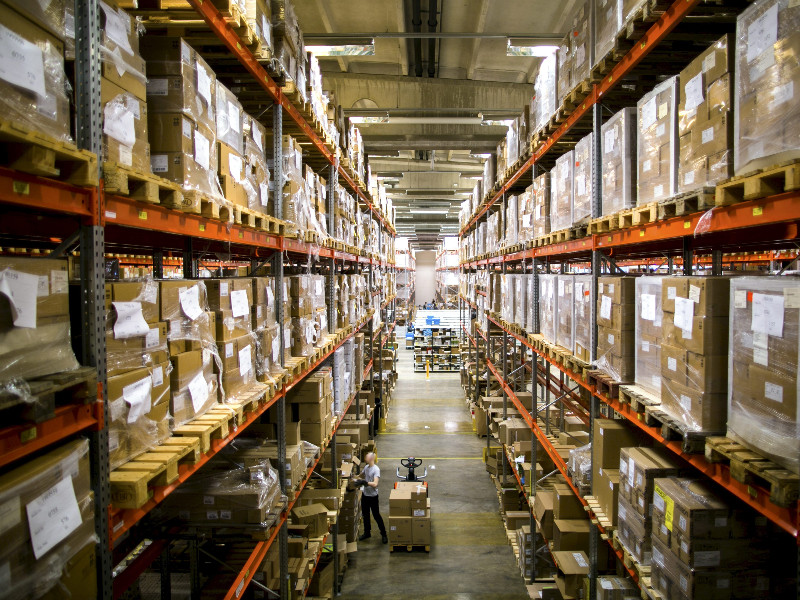 Stockpiles of critical goods and equipment in a security of supply reserve in Southern Finland. (Handout – National Emergency Supply Agency)

THE SECURITY OF SUPPLY RESERVES of Finland have been opened to guarantee the availability of health care equipment for the first time in the post-war era due to the coronavirus pandemic, reports Helsingin Sanomat.

The health care reserves were opened last week for the health care districts of five university hospitals under a decision by the Ministry of Social Affairs and Health.

The National Emergency Supply Agency (HVK), the government agency responsible for maintaining security of supply stockpiles and safeguarding the production of critical goods and services under emergency conditions, released photos that offer a rare glimpse of the reserves on Friday.

(The story continues below the photo.)

Jyrki Hakola, the director of HVK, told Helsingin Sanomat that the Finnish security of supply system is unique due to the co-operation between industries, organisations and the public sector.

“We sit around the same table and go through how the society is prepared for different kinds of serious disruptions. We’re now faced with such a situation,” he commented to the newspaper. “We in Finland are lucky in the sense that we’ve continued this work since the post-war era and raised our preparedness to a good level.”

“There isn’t a similar system anywhere else in Europe. There was one in Sweden in the 1990s, but they decided there was no use for it following the end of the Cold War.”

The Finnish government renews its decision on the critical goods stockpiled in the reserves every five to six years, according to Hakola. The reserves currently contain a variety of import fuels, edible breadcorns, and medicines and other health care equipment, such as face masks.

“The provisions state that the fuels must be enough for five months and breadcorns for six months. Finland typically has 12 months’ worth of corns. There are no provisions on health care equipment.”

(The story continues below the photo.)

Hakola told Helsingin Sanomat that the stockpiles are acquired from global markets with the exception of breadcorns, which are domestically produced.

How many reserves are there and where are they located?

“You probably know the answer,” he replied to the newspaper. “We never disclose the number or location [of the reserves]. We also don’t reveal who manages them and what goods they contain exactly. This is both a question of the security of the manager and a question of national security. The security of supply reserves are guarded like other warehouses.”

“That’s classified information, but I can tell that there are lots of reserves and they’re scattered around Finland.”

How many times have the reserves been used?

“Not too many,” he said to Helsingin Sanomat. “This is the first time in post-war history that we’ve taken health care equipment from the reserves.”