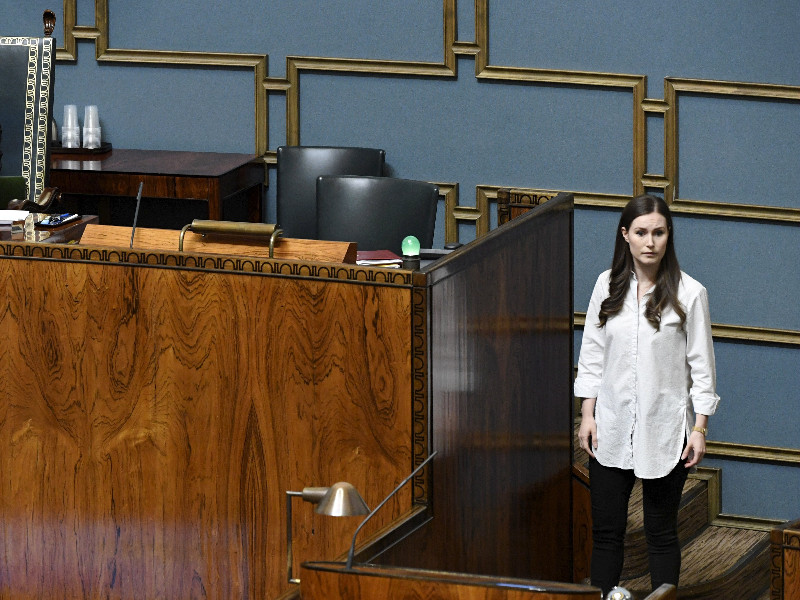 THE FINNISH GOVERNMENT has not succeeded fully in providing clear instructions to Finnish nationals returning from abroad for preventing the spread of the new coronavirus, admits Prime Minister Sanna Marin (SDP).

“My understanding is that the instructions haven’t been clear enough,” she was quoted as saying in the Parliament House on Thursday by Helsingin Sanomat.

“It’s obvious that after you’ve arrived in the country, you have to voluntarily place yourself into quarantine for two weeks,” she stated during a heated debate about the reportedly significant role of returnees in the spread of the virus in Finland.

Helsingin Sanomat on Wednesday wrote about Finns returning from Spain on a charter flight who had not been provided any instructions for the two-week quarantine. The Finnish government issued a press release later that day, saying all returnees will receive instructions from health care professionals and through announcements at the airport.

Around 200,000 Finns are believed to have returned to the country from high-risk areas, such as Italy, between 2 and 15 March, according to the newspaper. The Finnish Institute for Health and Welfare (THL), it also wrote, adjusted its projections for the epidemic partly due to the unexpectedly high number of returnees.

“We launched our communication campaign in conjunction with the [issue of] travel recommendations,” Krista Lyyra, a senior specialist at the Ministry of Social Affairs and Health, stated to Helsingin Sanomat on Thursday. “On Monday, 16 March, the government also released its recommendations that all passengers [returning from abroad] should quarantine themselves.”

“The recommendation that you shouldn’t use public transport [to travel home from the airport] was added to the announcements at the start of this week,” she added.

“We have lots of strong recommendations, one of which is the recommendation not to use public transport after returning from a trip abroad. Because that hasn’t been specifically prohibited, we’re going with recommendations.”

Minister for Foreign Affairs Pekka Haavisto on Thursday underscored that administrative staff at airports should take responsibility for providing the instructions and voiced his doubts about the estimate of 200,000 people returning from epidemic-hit areas to Finland.

“The number feels very high,” he said. "I don't think we're talking about that high a number.”

Juha Tuominen, the CEO of the Hospital District of Helsinki and Uusimaa (HUS) said on YLE’s A-talk late yesterday evening that people returning on flights from Spain should be placed into monitored quarantine in airport hotels, for example.

“Thousands of people are about to return from Spain. Spain has a lot of [coronavirus] infections. I don’t think it’s at all impossible that every flight brings new infections here. If a lot of people are coming back from there, it’s clearly a problem for us. They’re coming to spread the disease,” he stated.

“My personal opinion is that we should place this group into monitored quarantine.”

Anna-Maja Henriksson (SFP), the Minister of Justice, revealed to Helsingin Sanomat that the issue is already being discussed and the preparatory work is underway, but declined to confirm whether a decision has been made.

“I was told that this kind of discussion is ongoing even as we speak. And that HUS is part of it,” she said. “It falls within the purview of another minister, but I was told preparations are underway.”