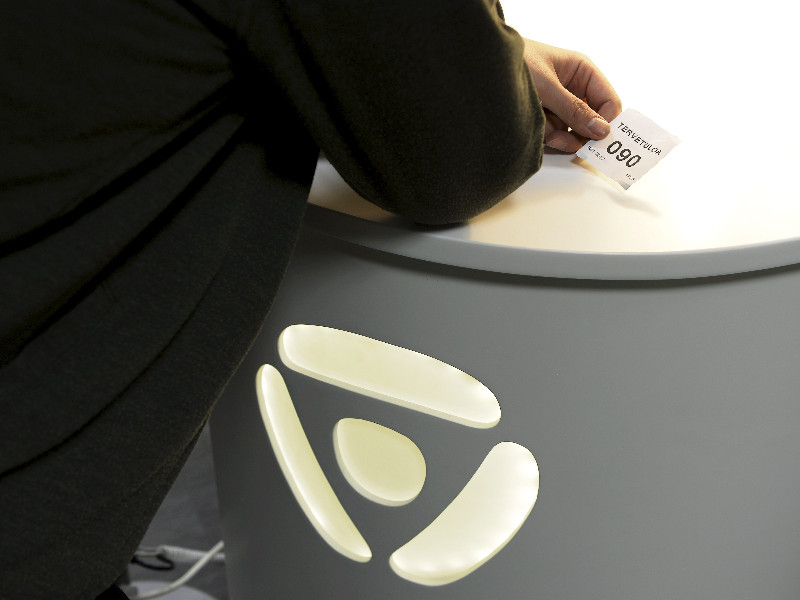 A job seeker held a slip with a queue number at the TE Office in Pasila, Helsinki, on 10 January 2017. (Emmi Korhonen – Lehtikuva)

THE COVID-19 EPIDEMIC has led to a flood of nearly 100,000 temporary lay-off notifications in Finland, reveals Jarmo Ukkonen, a project manager at the TE Office in Uusimaa.

Ukkonen on Monday stated on Twitter that the notifications have been issued primarily by employers in the accommodation, restaurant, service, tourism and sports and culture sectors, with around two-thirds (65,000) of them recorded in Uusimaa.

“We’ve harnessed all our energies to handle the influx of clients. There will be loads of pressure on the payers like [unemployment] funds and [the Social Insurance Institution] Kela,” he predicted.

Mika Kuismanen, the chief economist at the Federation of Finnish Enterprises, told YLE on Sunday that it is possible that the number of temporary lay-offs could double from the estimate of 100,000, if the coronavirus epidemic continues to escalate and drag on.

The number of temporary lay-offs stood at 17,000 in February and 19,500 in January, according to the public broadcasting company.

Finland Chamber of Commerce revealed last week that nearly a fourth of the 4,000 businesses that responded to its survey have already launched consultative negotiations or notified employees of the possibility of temporary lay-offs.

It yesterday also expressed its concern about the impact of the crisis on foreign employees, warning that the loss of income caused by a temporary lay-off could become an obstacle to extending an initial employment-based residence permit even if the employer had a desire to retain the employee after the crisis.

“When you apply for an extended permit, you have to demonstrate that your income was secure during the previous permit. Temporary lay-offs could mean that this condition is not met,” explained Mikko Valtonen, a specialist at Finland Chamber of Commerce.

Finland Chamber of Commerce urged the government to make a quick decision on the matter also because some employees may find it difficult, if not outright impossible, to return to their home country.

Valtonen envisioned that the problem could be tackled by decreeing that the epidemic could be cited as special grounds for extending employment-based residence permits. “It is of great importance to ride out the crisis without losing skilled employees and putting anyone in an unreasonably difficult position,” he said.

A few dozen municipalities have similarly initiated consultative negotiations due to the coronavirus epidemic, despite the government urging local governments to refrain from temporary lay-offs.

Sirpa Paatero (SDP), the Minister of Local Government, said yesterday in a press conference the government and municipalities are continuing to assess the effects of the epidemic, admitting that the effort is difficult due to uncertainty about its duration.

She revealed that municipalities have been instructed to set up their own task forces to ensure they are able to make decisions based on as up-to-date an operational picture as possible.

Municipalities, she promised, will be compensated for the delays in tax revenues caused by the concessions made to businesses and will continue to receive their regular state subsidies as the government examines the need for special subsidies in the extraordinary circumstances where social and health care costs, for example, are expected to spike.

The Ministry of Finance has launched a thorough assessment of the impact of the epidemic on public and municipal finances.

Paatero said the government has begun drafting additional measures to support municipalities in the crisis and added that priority will be placed on effectiveness, meaning it will have to identify the right instruments and allocate and time them well.