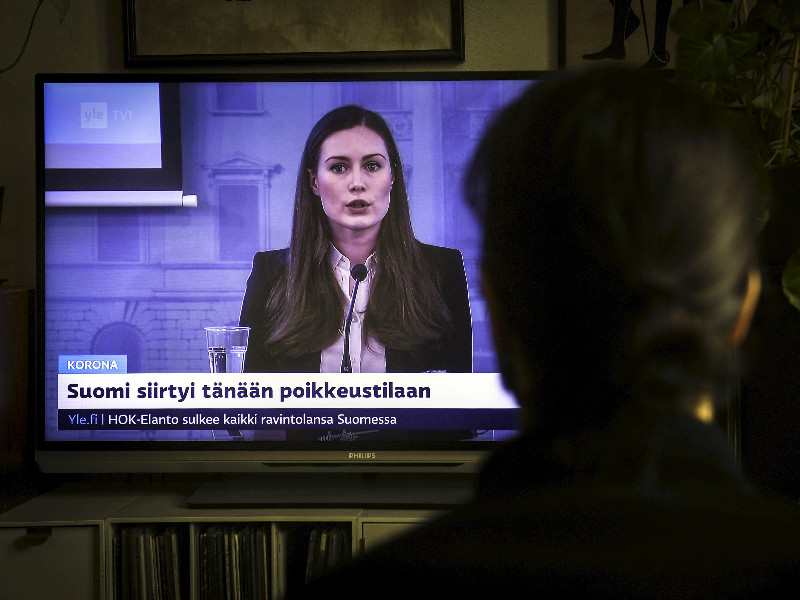 PRIME MINISTER Sanna Marin (SDP) has confirmed that the government is devising new measures to close private spaces such as restaurants and restrict the movement of people in Finland.

Marin on Monday assured that the government is prepared to take whatever action necessary to combat the coronavirus epidemic, ensure the functioning of the health care system and protect the most vulnerable segments of the population.

“Our legislation sets a tight framework for the government’s actions, and the preparatory work will take days at best,” she reminded on Twitter.

“It’s clear that we’ll have to carefully examine the need to reform the legislation after the crisis is over. We’re currently working under immense time pressure with the tools at our disposal. No measure will be left unused because of lack of willingness.”

Calls for the government to introduce tougher measures to combat the new coronavirus intensified last weekend.

Pekka Timonen, a permanent secretary at the Ministry of Justice, stated yesterday in a press conference that the legislation does not provide the possibility to prohibit business activity, adding that “it appears” that certain legal provisions would have to amended before ordering restaurants to close.

He underlined that not all restaurant activity is problematic and that some restaurants are needed to ensure food security.

Timonen also reminded that the movement of people can only be restricted in circumstances where such restrictions are deemed necessary, as the legislation does not consider usefulness as sufficient grounds. Policy makers, he added, are required to explore other legislative routes before resorting to tools provided in the emergency powers act.

“It’s necessary to prepare for the introduction of [restrictions to movement],” he said.

Minister of Education Li Andersson (Left Alliance) similarly assured that the government is willing to take further action to fight the epidemic while abiding by the instructions and recommendations of officials.

She reiterated that children in early-childhood education and years one to three of basic education should be kept at home despite the recent, eyebrow-raising decision to offer in-person instruction to first, second and third-grade pupils.

The Ministry of Education and Culture on Friday said the decision is an attempt to clear out the confusion caused by the earlier decision to only offer instruction to first, second and third-graders whose parents are employed in sectors deemed critical for the functioning of society.

“The definition of a critical sector has prompted confusion and varying interpretations among organisers of basic education,” it said.

“Don’t take your child to in-person teaching unless you absolutely have to,” Andersson stressed on Monday, adding that parents seem to have heeded the advice as the number of pupils at primary schools has not increased significantly.

The Finnish government convened later yesterday to continue the preparatory work and will announce further measures after reaching its decision.