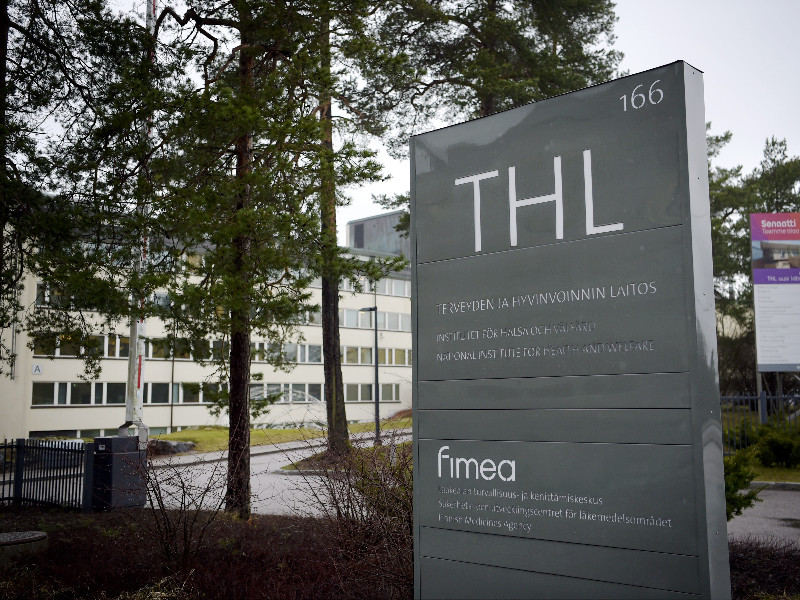 The Finnish government has based its decisions on measures to slow down the spread of the coronavirus partly on modellings conducted by the Finnish Institute for Health and Welfare (THL) and University of Turku. (Antti Aimo-Koivisto – Lehtikuva)

SOCIAL DISTANCING will reduce the daily number of new coronavirus infections but also prolong the epidemic, reminds the Finnish Institute for Health and Welfare (THL).

THL on Wednesday revealed that its projections indicate that the newly enacted measures to slow down the epidemic will reduce the number of people who could contract the virus from an infected person from an average of 2.2 to 1.4.

The peak of the epidemic – that is, the highest daily number of new infections – will consequently decline by 70 per cent as the infections are distributed over a longer period of time, according to forecasts made by THL and the University of Turku.

The forecasts were used as the basis for the decision made last week by the government to prohibit all events with more than 500 attendees and limit participation in group activities. The government concurrently also ramped up its campaign to raise awareness among the elderly about the need to take action to protect against the virus.

Kari Auranen, a professor of statistics at the University of Turku, stated that the first wave of measures to slow down the epidemic was estimated to reduce the number of possible further infections from an average of 2.2 to 1.8.

“The measures unveiled this week will reduce that number further,” he added.

The Finnish government stepped up its measures to combat the epidemic considerably at the start of this week, shutting down schools, ordering all over 70-year-olds into quarantine, prohibiting all non-essential cross-border travel and banning public gatherings of more than 10 people.

THL on Wednesday revealed that an average transmission rate of 1.8 is the result of all members of the public reducing social contacts by 20 per cent. The rate drops to 1.42 with the estimated 50-per-cent drop in the contacts of 5–15-year-olds brought about by the second set of measures.

It also pointed out that the measures are forecast to increase the duration of the epidemic to 188 days, almost double the duration of 95 days projected without any restrictions on social contacts. The first set of measures, in turn, would have lengthened the epidemic by nearly a third to 129 days, according to THL.

“The epidemic will double in duration because of the restrictions – from three months to half a year,” it wrote.

Tuija Leino, a chief physician at THL, underlined that slowing down and curtailing the peak of the epidemic is critical for making sure the health care system is capable of treating people with serious symptoms.

“Most people will have the disease at home with only minor symptoms, but some may require hospital care,” she said.

Auranen, similarly, pointed out that measures such as shutting down schools will support the effort to slow down the epidemic and reduce infections among the elderly, which is important because they are especially likely to develop serious symptoms.

The projections were devised with SEIR, a commonly used dynamic mathematical technique for modelling the impact of infectious diseases.

Leino told Helsingin Sanomat on Wednesday that the problem with all current estimates of the spread of the coronavirus and, especially, the related morbidity and mortality rates, are based on a very limited understanding of the nature of the virus, known officially as Covid-19.

“No one really knows yet how big a share of the infected will end up in hospital,” she explained.

THL is expected to continue publishing dynamic modellings of the spread of the virus in Finland.