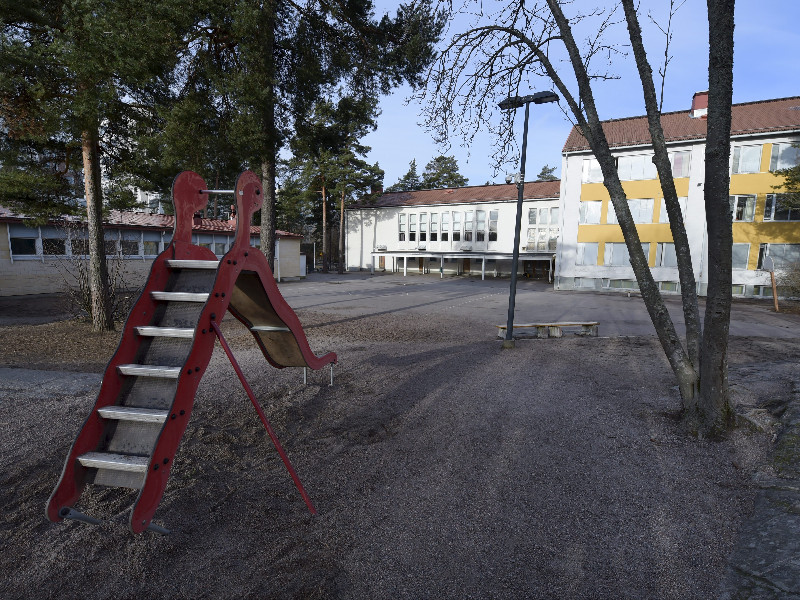 The empty school yard of Pitäjänmäki Comprehensive School in Helsinki on Tuesday, 17 March 2020. The Finnish government has ordered all public schools to suspend in-person instruction to limit the spread of the new coronavirus. (Antti Aimo-Koivisto – Lehtikuva)

THE NUMBER of Covid-19 cases rose to 319 in Finland on Tuesday, according to the Finnish Institute for Health and Welfare (THL).

The figure may not be an accurate reflection of the ferocity of the epidemic in the country due to a recent decision to focus testing for the virus on certain segments of the population, such as the elderly, people with serious respiratory symptoms and health care professionals.

The decision essentially means samples are not collected from all suspected cases.

Over a half (180) of the cases have been reported by the Hospital District of Helsinki and Uusimaa (HUS). The only health care districts yet to report a single coronavirus infection are Eastern Savonia, Kainuu and Kymenlaakso, according to THL.

Etla: Epidemic could dent GDP by 5%

Etla Economic Research on Tuesday said Finland’s gross domestic product will contract by one to five per cent this year due to the new coronavirus. The Helsinki-based research institute has devised three scenarios on the economic impacts of the pandemic, saying the most pessimistic scenario of a five-per cent contraction in output is currently the most probable.

“The positive or even the standard scenario coming to fruition seems more unlikely at the moment,” admitted Markku Lehmus, the head of forecasting at Etla.

The output is expected to decrease by nearly 10 per cent in the second quarter of the year, before returning to an upward trajectory. The decrease will not be as severe, if EU member states stimulate their economies systematically and the pandemic is brought under control in Europe between March and April.

Etla on Tuesday pointed out that the pandemic is having a simultaneous impact on supply and demand.

Measures such as quarantines and school and service closures reduce the labour supply, resulting in slowdowns and standstills in production. Consumers and businesses, meanwhile, are cutting down on their use of services.

The scenarios are based on estimates drafted by western research institutes of the epidemic’s economic impact on China. Aki Kangasharju, the CEO at Etla, said the Chinese economy is estimated to have contracted by as much as 13 per cent between January and February but re-started its growth in March.

“We do not expect as drastic measures to prevent the spread of the virus to be made in Europe and Finland, whereby the economy will not come to as complete a halt but the impact of the virus will also be more long-lasting,” he said.

Etla also stated that it does not expect the pandemic to turn into a repeat of the financial crisis of 2009.

Kangasharju explained that the expectation is based on the facts that the coronavirus crisis started outside the economy and that health care system is capable of slowing down the spread of the virus. The financial system is also more secure and comprises fewer unknown factors than a decade ago, he added.

Even in the most pessimistic scenario, the loss of output would only amount to half of that recorded during the financial crisis.

Etla conceded, however, that a repeat of the financial crisis is possible if the economy fails to return to an upward trajectory by the end of the summer. The Finnish economy did not re-start its growth until one-and-a-half years after the initial shock caused by the financial crisis, reminded Kangasharju.

“We are now expecting a V-shaped shock, where also our production would re-start in the third or fourth quarter, following in the footsteps of China,” he said.

Etla also stressed that the calculations are strictly approximates due to the amount of uncertainty related to the coronavirus pandemic.