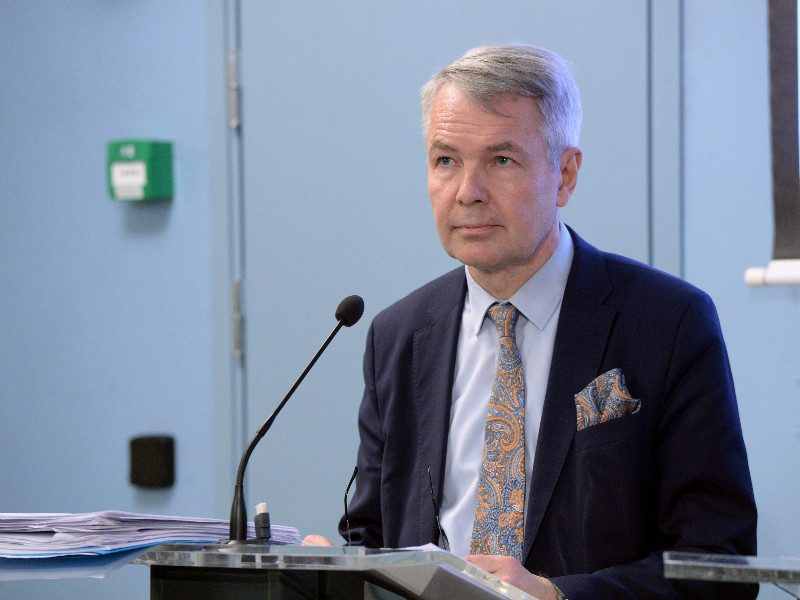 Minister for Foreign Affairs Pekka Haavisto (Greens) reacted in a press conference as the government detailed its effort to contain the spread of the new coronavirus in Helsinki on Tuesday, 17 March 2020. (Mikko Stig – Lehtikuva)

THE STATE OF EMERGENCY declared in Finland on Monday will bring about severe restrictions to cross-border traffic as of 12am on Thursday, 19 March.

The Finnish government has asked people not to travel abroad, be it by air, land or sea, and recommended that everyone currently abroad, except for people residing permanently in another country, return quickly to Finland. All returnees will be obliged to spend two weeks in quarantine.

The Ministry for Foreign Affairs said foreign travellers in Finland will be able to return to their home country.

Minister for Foreign Affairs Pekka Haavisto (Greens) on Tuesday said everyone will have to tolerate some discomfort in the emergency conditions, stressing that the priority is to ensure people can return to their home countries.

“We’re urging Finns to show patience and adaptability in this new situation,” he pleaded in a press conference. “This is an extremely strong message to everyone: no trips abroad.”

The restrictions will not apply to cargo and freight transport across the border, nor to essential business travel within the European Union. The purpose of the exceptions is to guarantee the supply of medications and daily consumer goods and to prevent the national economy from coming to a complete halt.

The only airports that will remain open for international cargo and return traffic will be Helsinki Airport, Mariehamn Airport and Turku Airport. The Finnish Border Guard may also allow business travel for material and justified reasons.

Border crossing points on the eastern border will limit both traffic and their opening hours, with passenger traffic prohibited completely in Vainikkala, South-east Finland.

Crossing the border at any other crossing site is not allowed.

Minister of the Interior Maria Ohisalo (Greens) on Tuesday underscored that the closure of border crossing points must not rob anyone of their right to seek international protection by filing an asylum claim.

Police to monitor compliance with limitations on public gatherings

The Police of Finland will be responsible for monitoring compliance with the newly announced limitations on public gatherings within the limits of its resources and for providing official assistance to other authorities upon request.

The government announced at the start of the week that all public gatherings of more than 10 attendees will be prohibited as part of its effort to slow down the spread of the new coronavirus.

The Ministry of the Interior on Tuesday clarified that a public gathering refers to a general assembly or public event organised in a public space. The definition, therefore, does not encompass outside games and leisurely team sports, cinema- and restaurant-going, and the meetings of associations and municipal decision-making bodies.

Ohisalo on Tuesday reminded that the better people comply with the instructions, the better police and border officers are able to allocate their resources to more urgent tasks and crime prevention.

She also revealed that the emergency powers enable the government to call internal security professionals, such as retired police and border officers, out of retirement to bolster the resources of authorities.

“Finland, as well as the entire world, is in a very serious situation due to the coronavirus. The situation will demand a lot from all of us,” said Ohisalo. “With these decisions, the government wants to safeguard the functioning of the Finnish society and health care system in the emergency conditions.”