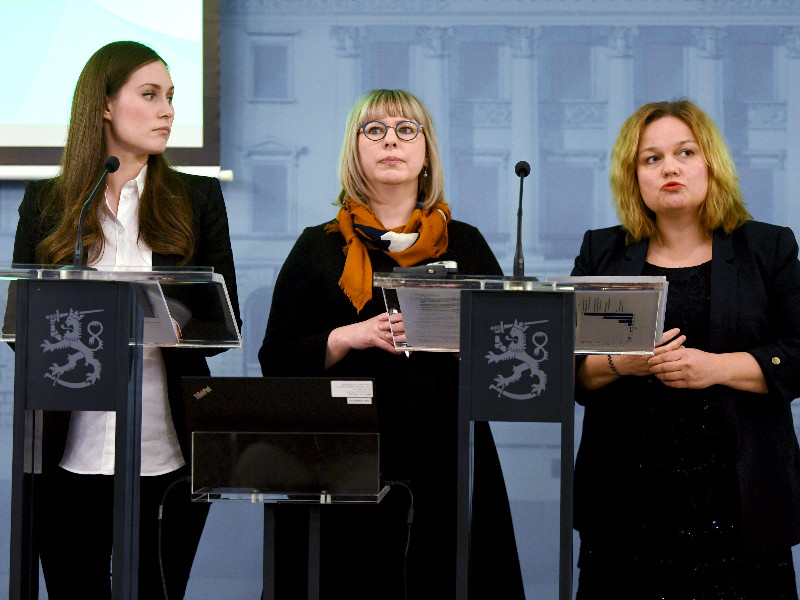 THE FINNISH GOVERNMENT has declared a state of emergency after working “around the clock” over the weekend on measures to contain the coronavirus epidemic and protect the most vulnerable segments of the population.

“I’m announcing that the government, in co-operation with the president, has today determined that emergency conditions are in effect,” Prime Minister Sanna Marin (SDP) said on Monday.

“We’ve made decisions today in the government’s negotiations to slow down the increase in coronavirus infections and protect risk groups. The decisions will be in effect until 13 April 2020,” she added.

A wide variety of measures to contain the epidemic, including ones that would necessitate the commissioning of the emergency powers act, were discussed by the parliamentary groups at the Government Palace in Helsinki on Thursday, according to Helsingin Sanomat.

The government determined yesterday that a state of emergency should be declared for a one-month period due to a change in the situational awareness of the spread of the coronavirus and number of people who will potentially contract the virus, known officially as Covid-19, told Marin.'

The decree for commissioning the emergency powers act, which will effectively enable the central government to make decisions on issues such as school closures, will be presented to the Parliament on Tuesday.

Schools to shut down, borders to close

Commissioning the act will bring about resounding changes to the daily lives of people, businesses and institutions in Finland.

Instruction will, however, be organised for children in early-childhood education or in years one to three of basic education whose parents are employed in sectors of critical societal importance.

All universities, universities of applied sciences, vocational schools, high schools and primary schools have been asked to utilise remote teaching, digital learning environments and other alternative methods to organise teaching and instruction as comprehensibly as possible.

The Finnish government also announced it will commence preparatory work to shut down borders on grounds of a threat to public health and health security.

Work-related and other necessary travel across the northern and western border will be allowed, however.

The government stated yesterday that it is prohibiting all gatherings of over 10 people and recommending that people to avoid public spaces unless absolutely necessary. Marin summarised that people are advised to limit all social contact but can continue to take care of their daily chores, such as walking the dog and doing the groceries.

Over 70-year-old people, except for lawmakers, government officials and elected municipal officials, are ordered to essentially self-isolate and avoid social contact as much as possible. Others will be prohibited from visiting facilities housing elderly and other vulnerable people.

The government also decreed that all state- and municipality-run museums, theatres and other cultural centres; club and recreational facilities; swimming pools and other sporting venues; and the elderly, rehabilitation and employment service providers will be shut down.

Private and third-sector operators, as well as religious associations, are instructed to do the same.

Public-sector employers, meanwhile, will order their employees to work remotely if possible. The capacity of public and private social and health care providers will be boosted by, for example, reducing non-urgent activity and amending certain statutory obligations and time limits.

The government stated that it is prepared to deviate from the provisions set forth in the working time act and annual leave act when it comes to employees responsible for performing tasks critical for the functioning of society. It also voiced its readiness to oblige social and health care employees, as well as internal security experts, to work if necessary.

Minister of Finance Katri Kulmuni (Centre) on Monday said the government also intends to fast-track a supplementary budget worth 100 million euros to the Parliament. Mostly covering social and health care costs and funding for businesses hit by the epidemic, the budget is to be discussed in the Parliament on Friday.

A total of five billion euros has been earmarked for the first phase of the emergency, according to Kulmuni.

The number of coronavirus cases increased by 34 to almost 280 in Finland on Monday.

The growth in the number of confirmed infections has slowed down noticeably after several hospital districts decided to focus testing primarily on a narrower group of the population, namely the elderly, chronically ill and health care staff.

Markku Tervahauta, the director general of the Finnish Institute for Health and Welfare (THL), told YLE on Monday that the actual number of infections may be 20–30 times higher than the number of confirmed cases, an estimate that would translate to 5,500–8,300 infections.