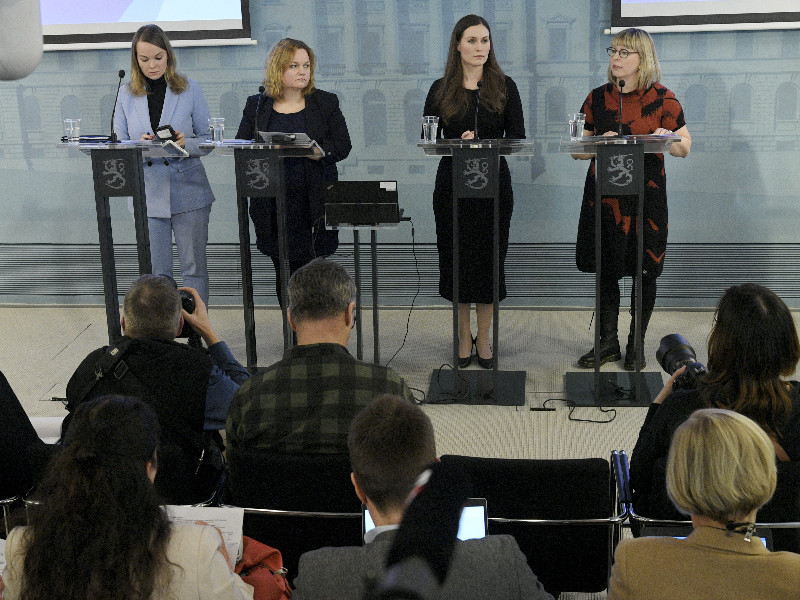 THE FINNISH GOVERNMENT on Thursday stepped up its effort to contain the coronavirus outbreak, unveiling a lengthy list of recommendations to the public.

The government is recommending that people returning from regions with a high number of infections consult with their employer before returning to work and that all events with more than 500 attendees be cancelled until the end of May.

The recommendation for event organisers is effectively an order. Helsingin Sanomat highlighted on Thursday that the Ministry of Social Affairs and Health has advised the Regional State Administrative Agencies (AVI) to prohibit all events with over 500 attendees under the communicable diseases act.

The organisers of smaller meetings and other events are similarly encouraged to conduct a risk assessment and consider cancellation. Also the government will call off its large seminars and events until the end of May.

The Finnish government underscored that it is also necessary to limit non-essential activity, such as participation in hobbies and other leisure activities that involve close contact with other people, in order to reduce the number of new infections.

“The public should exercise particular discretion and caution when dealing with risk groups. The risk groups include the elderly and people with underlying health conditions,” told Marin.

The government will prepare for the costs arising from the outbreak with a supplementary budget, which can be issued on a short notice.

Marin added that the adoption of more dramatic measures – such as shutting down schools, kindergartens and universities, limiting the operations of public institutions, shuttering major shopping centres, and prohibiting air and sea passenger transport – would require the invocation of the preparedness act.

“The government is [currently] providing instructions, while the authorised authority is AVI. We’re following the laws. If the government started making decisions about these kinds of measures, we’d venture into the purview of the preparedness act,” she explained.

Marin also underlined that the government is simply preparing to invoke the act, not anticipating that it will be invoked.

“Shutting down kindergartens and schools would have a major impact on the society. Political decision makers must consider the general interest of the society,” she reminded.

The National Institute for Health and Welfare reported yesterday that the number of coronavirus infections rose to 109 in Finland on Thursday.

Among the newly confirmed cases is a heart surgeon who began to experience symptoms at work in the Hospital District of Helsinki and Uusimaa (HUS) on Monday, after returning from a ski holiday in Austria, according to Helsingin Sanomat. The surgeon is believed to have exposed 28 staff members, 15 of whom are physicians and 13 nurses, to the coronavirus.

Also four patients and two of their family members have been exposed to the virus.

Asko Järvinen, the chief physician for infectious diseases at HUS, said yesterday the exposed staff members have been ordered into quarantine and will not treat patients.

THL on Thursday also advised the public to steer clear of large crowds and maintain a gap of at least one metre to anyone with flu-like symptoms.

Pekonen: Over one-third of Finns could get sick

Aino-Kaisa Pekonen (Left Alliance), the Minister of Social Affairs and Health, conceded in the press conference that the world has failed to stop the progress of the new coronavirus.

“We’ve been unable to stop the progress of the coronavirus in Europe. Finland is on track to become part of the epidemic area sooner or later. We’ve entered a new phase in the world: it’s only a matter of time before the epidemic has spread to all European countries,” she stated.

Finnish authorities, she added, have estimated that 35 per cent of the public could contract the virus.

“But we won’t know the volume with which the disease will enter Finland. Not everyone will fall ill at the same time,” said Pekonen.