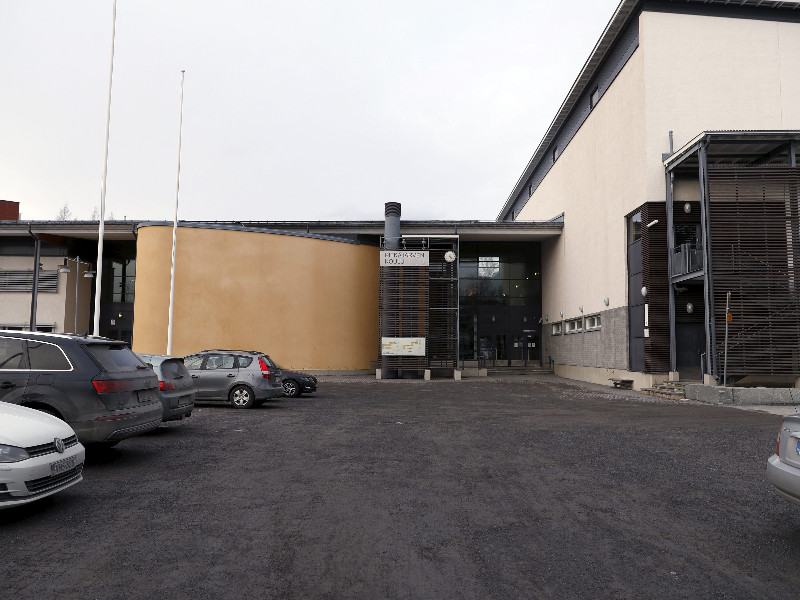 No classes will be organised this week at the Pitkäjärvi upper primary school in Kangasala, Pirkanmaa, due to several members of the teaching staff being exposed to the coronavirus. (Kalle Parkkinen – Lehtikuva)

A TOTAL OF 13 NEW CASES of Covid-19 were reported last weekend in Finland.

The City of Helsinki announced yesterday evening that health care authorities have decided to issue quarantine orders to dozens of third-grade pupils and a handful of staff members at Lauttasaari Comprehensive School in Helsinki.

The orders were issued to a total of roughly 60 people after a female member of the school staff tested positive for the new coronavirus. Timo Lukkarinen, the medical director of health care centres at the City of Helsinki, told STT that her infection is related to a coronavirus case confirmed in the Hospital District of Helsinki and Uusimaa (HUS) on Friday, 6 March.

The number of coronavirus cases confirmed in the country rose from 12 to 25 between Friday and Sunday. Over a half (14) of the cases have been reported in the capital region.

HUS reported earlier yesterday that a working-age man and an elderly woman have tested positive for the virus, the former after coming into contact with a carrier and the latter after returning from Northern Italy. Local authorities, it said, are currently working to determine the number of people exposed to the infections.

The Hospital District of South-west Finland revealed that a working-age woman has tested positive for the coronavirus after a trip to South Tyrol, a province in Northern Italy.

Almost a hundred exposed near Tampere in Pirkanmaa

In Pirkanmaa, the latest case has been traced back to a previously confirmed infection contracted from Northern Italy, according to a press release from Tampere University Hospital (TAYS). The cases reported in the region are believed to have led to dozens of people being exposed to the coronavirus.

Jaana Syrjänen, the chief physician for infectious diseases at Pirkanmaa Hospital District, stated yesterday in a press conference that one of the new cases is a member of the teaching staff at a 500-pupil upper primary school in Kangasala. Roughly 90 pupils and part of the staff who are believed to have been exposed to the virus will be ordered into quarantine as of Monday, 9 March.

Syrjänen told that the teacher began to experience symptoms roughly a day before they started their sick leave on Wednesday, 4 March.

“In hindsight, there were symptoms already on Tuesday. We’re also treating those who were in contact with [the teacher] one day before the symptoms started as being exposed [to the virus],” she was quoted as saying by Helsingin Sanomat.

Due to the number of staff in quarantine, the school will provide no contact instruction this week, even though the school facilities themselves do not pose a risk of transmission.

HUS and Pirkanmaa Hospital District each reported two new cases of the coronavirus one day earlier, the latter saying that the carriers are believed to have exposed a number of people to the virus.

Authorities in Pirkanmaa have already ordered 20 people into quarantine after ascertaining that they came in contact with the carriers. The majority of them are students at the faculty of built environment on the campus of Tampere University in Hervanta, Tampere.

HUS, in turn, said one working-age and one elderly man have been infected with the virus after returning from Northern Italy. Both of them were discharged in good condition after sample collection and ordered to self-isolate at home.

Both HUS and Eksote revealed that the infections have been traced back to Northern Italy. Oulu University Hospital, meanwhile, described the infected person as a “traveller who had returned from an epidemic-affected area”.