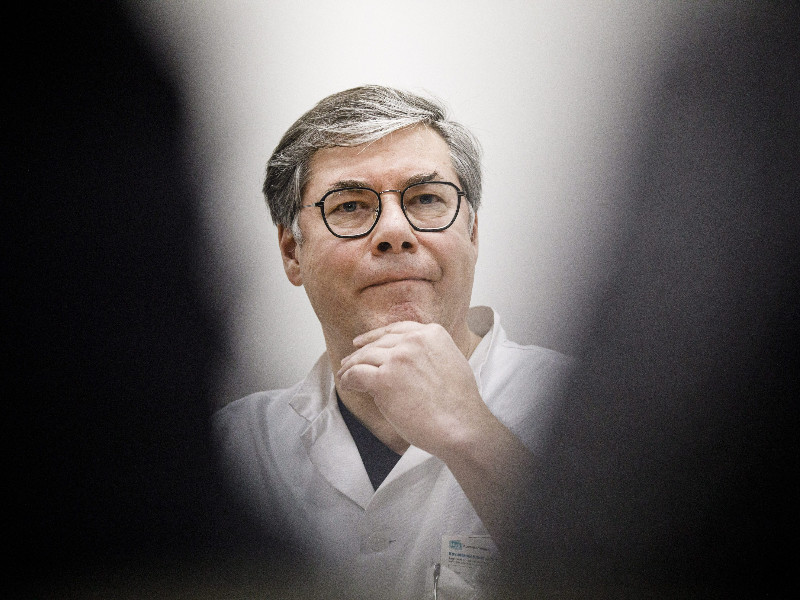 Asko Järvinen, the chief physician of infectious diseases at the Hospital District of Helsinki and Uusimaa (HUS), reacted during a press conference on three new coronavirus cases in Helsinki on Sunday, 1 March 2020. (Seppo Samuli – Lehtikuva)

FOUR NEW cases of the novel coronavirus were confirmed during the course of last weekend in Helsinki, Finland.

The Hospital District of Helsinki and Uusimaa (HUS), City of Helsinki and National Institute for Health and Welfare (THL) on Sunday revealed that an elderly man, school-age boy and working-age woman are believed to have contracted the virus from two women who had recently returned to Finland from Northern Italy.

A total of six cases of the coronavirus have thus been confirmed in Finland.

All three new patients have been ordered to self-isolate.

They are currently believed to have exposed over a hundred people to the coronavirus. The school-age boy had experienced minor symptoms while attending the football practice of HJK 07 Sininen and classes at Viikki Teacher Training School in Helsinki, exposing around 100 sixth- and fourth-grade pupils and teachers and 30 practice participants to the virus.

All of the people possibly exposed to the virus have been ordered to self-isolate and will only be tested for the virus if they begin to show symptoms.

Asko Järvinen, the chief physician of infectious diseases at HUS, on Sunday said isolation is a means to limit or at least slow down the spread of the virus.

“What the quarantine means for the pupils is that they shouldn’t be in the vicinity of other people or meet others. Their family members can continue their lives as usual. The quarantine only applies to those who have been in contact with the pupil in question. We’ve estimated that also their risk of falling ill is relatively low,” he commented.

The elderly man is not believed to have been in close contact with anyone after contracting the virus, according to Helsingin Sanomat.

The group includes three health care professionals employed at the occupational health clinics of Terveystalo in Itäkeskus and Herttoniemi, Helsinki. Petri Bono, the chief physician at Terveystalo, on Sunday told that none of the three employees have shown symptoms of the virus and that the centres will remain open as usual.

“Our other personnel or clients are not believed to be at a heightened risk to contract the coronavirus,” he said.

The woman who was yesterday confirmed as the third new coronavirus case is not believed to have exposed any people to the virus, as both she and her inner circle have been in self-isolation, according to Järvinen.