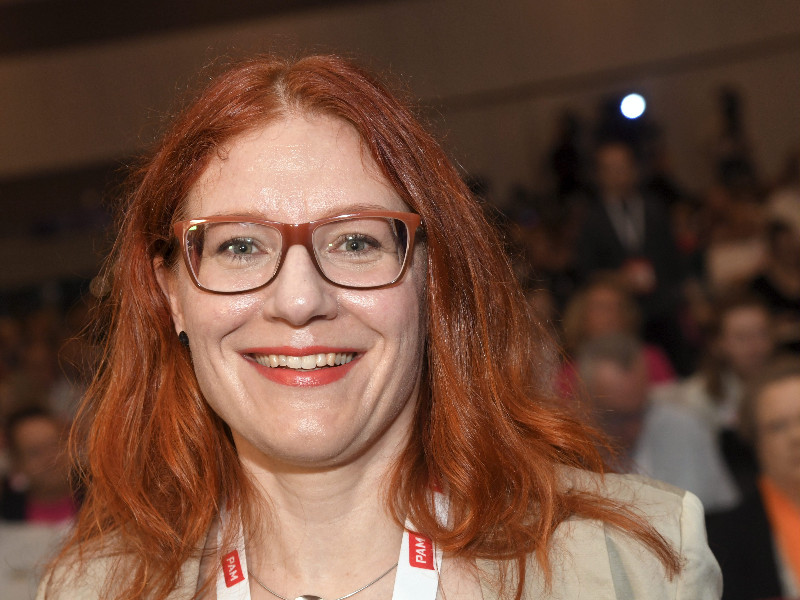 Annika Rönni-Sällinen, the chairperson of Service Union United (PAM), is pleased that employees in the real estate services sector will see their wages go up by two per cent as of April 2020. (Markku Ulander – Lehtikuva)

SERVICE UNION UNITED (PAM) has called off its strikes in the real estate services sector after finding common ground on a new collective bargaining agreement with Real Estate Employers.

PAM and the Real Estate Employers agreed to make sure that employees in the sector have at least 12 full weekends off a year, but also to introduce a number of instruments for employers to improve the functioning of the labour market and increase the flexibility of arranging working time.

The two labour market organisations also deliberated on the situation of part-time work, agreeing to set up a task force dedicated to the issue. Part-time employees will also be given the right to review with their employers whether or not their actual working time corresponds with their employment contract.

“The removal of the competitiveness hours and the front-loaded nature of wage increases made the outcome acceptable. I am pleased that we found an agreement through bilateral negotiations,” commented Annika Rönni-Sällinen, the chairperson at PAM.

Pia Gramén, the managing director of Real Estate Employers, said employers were eager to find an agreement in order to avoid the one-week strike announced on 7 February by PAM. The strike would have hit the workplaces of ISS Palvelut, Lassila & Tikanoja, SOL Palvelut and RTK Palvelut in Southern, Eastern and Central Finland between 25 February and 1 March.

“What is good about the agreement is that the competitiveness hours will stay until the end of this year and workplaces will get access to significant flexibilities for arranging working time and improvements for promoting recruitment in the sector,” told Gramén.