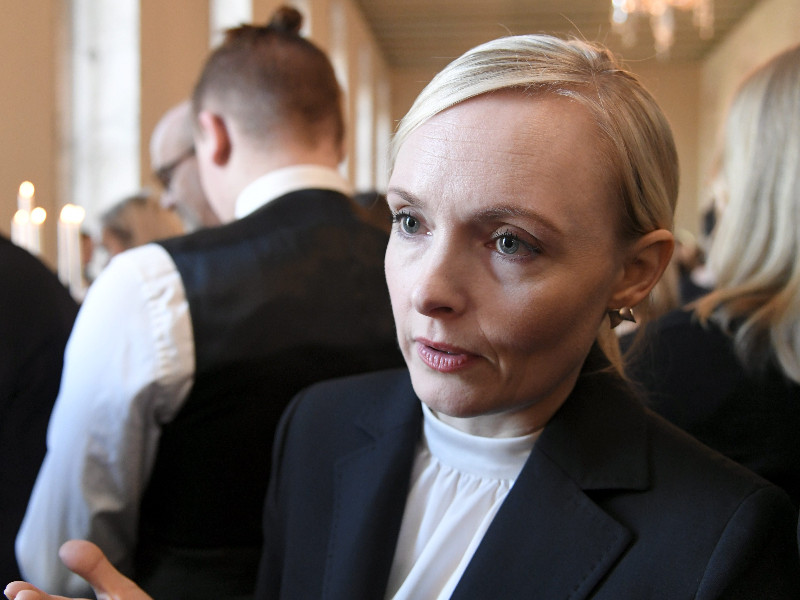 Minister of the Interior Maria Ohisalo (Greens) says the government should waste no time in making a decision to help children living in refugee camps in Greece. (Markku Ulander – Lehtikuva)

FINLAND has explored the possibility of responding to a request for assistance from Greece, tells Minister of the Interior Maria Ohisalo (Greens).

YLE on Wednesday revealed that Greece has asked Finland for assistance in re-settling the approximately 5,000 underage asylum living without their parents in refugee camps set up around the country.

Ohisalo stated to the public broadcasting company that the government should seek to make its decision on the matter without delay.

“The children are living in awful conditions in the refugee camps in Greece. There’s a shortage of everything: health care, hygiene, protection. We should be able to help these children. We’ve looked into the possibility of responding to the request for assistance from Greece,” she commented later on Twitter.

Her message was echoed by her state secretary, Olli-Poika Parviainen, and Emma Kari, the chairperson of the Green Parliamentary Group.

“Camps in Greece continue to house 5,000 children without their parents in shocking conditions. No child should be left alone in a place like that. Greece has asked for our help. The Green League wants the government to make a decision to help the children as soon as possible,” commented Kari.

The calls for action came as a bit of a surprise to the Centre, said Antti Kaikkonen, the chairperson of the Centre Party. He said the issue is not currently being discussed by the government, adding that it should be brought to the table by Ohisalo.

The Centre, he added, has yet to form an opinion on the matter.

“We have no detailed information on what kind of children we’re talking about. How old are they, where are they from and what’s their current situation? We need more information before forming an opinion,” explained Kaikkonen.

Kari said the proposal cannot have come as a surprise as the issue has been discussed in the government’s weekly informal meetings, the so-called evening classes, and that those discussion have been the basis of the preparations made by the Ministry of the Interior.

YLE on Wednesday wrote that Greece asked EU member states to receive a minimum of 1,000 underage asylum seekers from the camps as early as in October. France has pledged to receive 400 children from the camps, according to the public broadcasting companies.

European news outlets have written extensively about the 5,000 underage asylum seekers in the camps. Several German states in December announced their readiness to receive some of the children, after the central government had turned down the request from the European Commission.