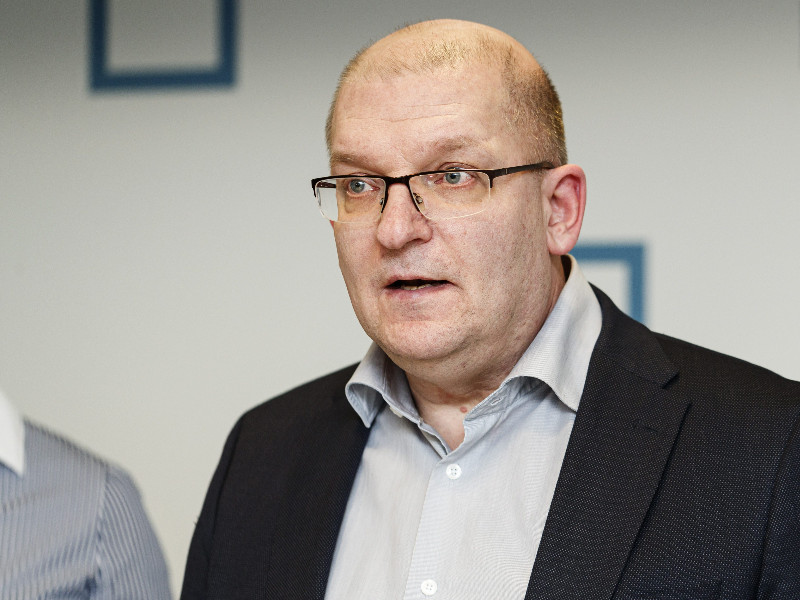 Riku Aalto, the chairperson of the Industrial Union, on Sunday accused Finnish Forest Industries of wrongfully blaming the trade union for lack of progress in collective bargaining talks in the mechanical forest industry. (Roni Rekomaa – Lehtikuva)

THE INDUSTRIAL UNION on Sunday decided to extend and expand its industrial actions in the mechanical forest industry.

Its ongoing strike in the mechanical forest industry will be expanded to cover companies in the carpentry and bioproduct sectors, bringing the total number of employees within the scope of the strike to roughly 10,000, extended by two weeks to end on 8 March instead of 24 February.

The overtime ban in the two sectors will be extended to last until 10 March. Employees covered by the collective bargaining agreement on technical servicing and maintenance, meanwhile, will continue to take part in a sympathy strike until 8 March.

The reason for the new industrial actions is lack of progress in collective bargaining talks with Finnish Forest Industries.

The two labour market organisations will re-convene to seek a breakthrough in the talks at the office of the National Conciliator on Monday, 10 February.