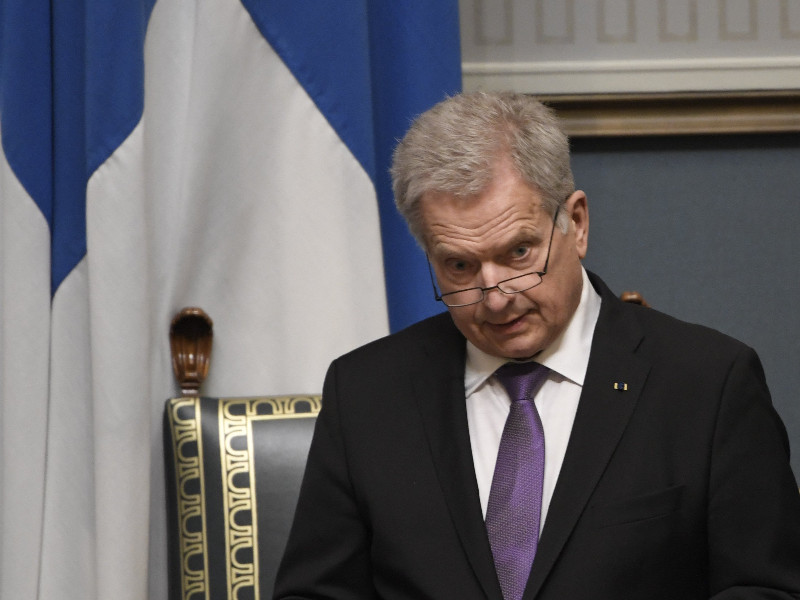 President Sauli Niinistö spoke at the opening ceremony of the new parliamentary session in the Parliament House in Helsinki on Wednesday, 5 February 2020. (Markku Ulander – Lehtikuva)

PRESIDENT Sauli Niinistö expressed his concern with the re-emergence of hatred and racism in his speech at the opening ceremony of the new parliamentary session in Helsinki on Wednesday.

Niinistö reminded Members of the Finnish Parliament that it is important to commemorate the liberation of the Auschwitz-Birkenau concentration camp by the Soviet Union in 1945 – not only to show respect for the memory of the victims and survivors, but also to bear in mind the consequences of hate.

“Recalling this historic tragedy also gives food for thought in the present day,” he said.

“Human nature has not become immune to have over a few generations. There are signs of anti-Semitism and racism being on the rise, unfortunately also in Finland. We must be resolute in opposing them. They do not deserve any foothold in our society.”

He pointed out that racism and hate speech are similar in that they seek to dispute the worth of another person, the first on grounds of his or her descent and the second of opinions or actions, and stir up a variety of emotions in their targets.

“We need to consider what kind of a development makes people acquiesce, or at least turn a blind eye, to activities that they just a moment ago could not even have imagined. The path appears to stem from confrontation, leading to gradually intensifying hatred and ultimately to a disappearance of humanity.”

Nuclear non-proliferation treaties, he highlighted, are collapsing one by one, crises in different parts of the globe remain a breeding ground for terrorism, the coronavirus epidemic has provided a crucial reminder of the important of health security, and the global community continues to do far too little and far too slowly to combat the dangers of the climate emergency.

“These risk scenarios are scary, but human ingenuity and expertise are enough to overcome them. Solutions call for international co-operation, and I believe that capacity for such co-operation is improving,” viewed Niinistö.