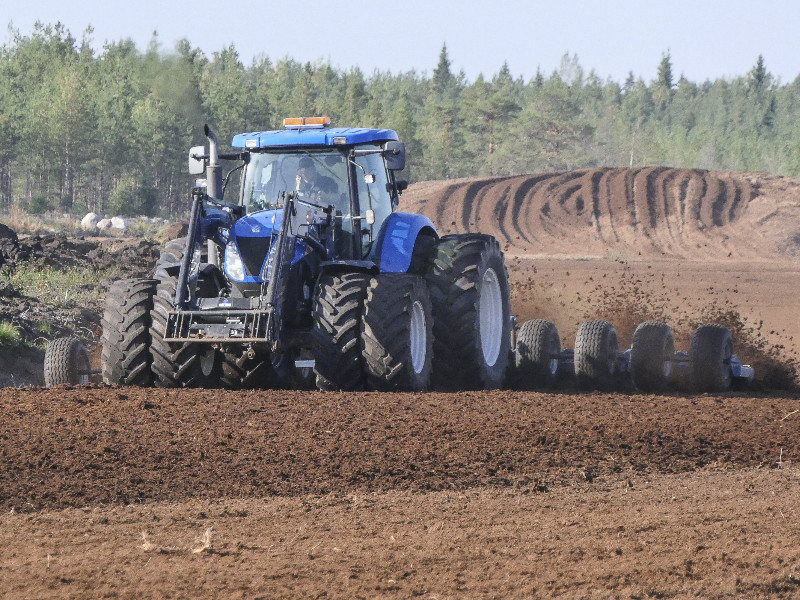 Stopping the energy use of peat would reduce carbon dioxide emissions by around seven million tonnes, according to Helsingin Sanomat. (Timo Aalto – Lehtikuva)

THE FINNISH ASSOCIATION for Nature Conservation has voiced its disappointment with the government’s decision to postpone the removal of subsidies for peat and fossil fuels.

Prime Minister Sanna Marin’s (SDP) government pledged yesterday to establish a new climate fund, lower the electricity tax for manufacturers and increase the net carbon sink by three million tonnes as the first concrete measures in its roadmap towards a carbon-neutral Finland.

No announcement was made about the scrapping of subsidies for peat and fossil fuels – a move that has been called for by numerous environmental, development and human rights organisations.

“We have no time for dilly-dallying,” stated Harri Hölttä, the director of the Finnish Association for Nature Conservation.

“It is important that the government found an understanding on the scale of emissions reductions, as it provides some direction for the government’s other reforms from transport to energy production. However, there was an urgent need for new clear-cut measures, such as a decision to do away with the tax subsidy for peat.”

The government is expected to make a decision on the subsidies no earlier than its framework session in April.

Helsingin Sanomat wrote ahead of the government’s long-anticipated climate seminar that prohibiting the energy use of peat would reduce the emissions of carbon dioxide equivalents by seven megatonnes, an amount that would account for 40 per cent of the 19-megatonne cuts faced by the government. Over 90 per cent of the peat harvested in the country is burned for energy at power plants.

Peat has been a touchy issue mostly for the Centre Party.

Katri Kulmuni, the chairperson of the centrist agrarian party, has stated that the energy use of peat is “justifiable”. The only countries in the world to burn significant amounts of peat for energy are Finland and Ireland.

The Finnish Association for Nature Conservation estimated also that the agreements on a new climate fund and the scale of necessary emissions reductions are promising signs, but that the three-million-tonne target for growing the net carbon sink is too modest. The target, it said, means the size of the carbon sink will be around 21 million tonnes in 2035 even in the best-case scenario.

The net carbon sink in the land use, land-use change and forestry sector contracted to by 9.8 million tonnes, primarily as a consequence of an up-tick in felling to a new record high, in 2018.

The felling of industrial timber could increase by an additional four to five million cubic metres following the opening of a new pulp mill by Metsä Group in Kemi, Finnish Lapland. The increase would lead to a contraction of 6–10 million tonnes in the net carbon sink.

Hanna Aho, a conservation expert at the Finnish Association for Nature Conservation, urged the government to take full responsibility for the growth of the sinks and regulate any activity that hinders carbon sequestration and, thereby, jeopardises the carbon-neutrality objective.

“If Finland is to become a country that contributes to climate cooling in the 2030s, it will need substantially larger carbon sinks and actions to curb the felling of forests. An increase in felling is a threat to both the carbon sink and the preservation of forest nature. The deforestation has to stop and state-owned lands must transition to continuous-cover forestry,” she demanded.

Finnish Energy, by contrast, welcomed the preliminary roadmap unveiled by the government, saying it will expedite the climate effort and foster trust in the country as an investment destination.

Jukka Leskelä, the managing director of Finnish Energy, reminded that the industry has demanded that political decisions be in line with the obligations laid down in the Paris Agreement. The industry has also committed to halving emissions from energy production by 2030 and expects the energy use of peat to decrease by at least 50 per cent in the same time frame.

“Peat is not a problem for achieving the carbon-neutrality goal by 2035,” said Leskelä.

“No new financial steering is required to reduce emissions from peat, as long as the EU implements a cohesive climate policy and sees to the functioning of emissions trading. In addition to finding an alternative to peat use, it is important to consider the security of energy supply, for example.”

Finnish Energy also identified the integration of heat pumps in district heating systems and new tax solutions for data centres as key steps on the road toward carbon neutrality.